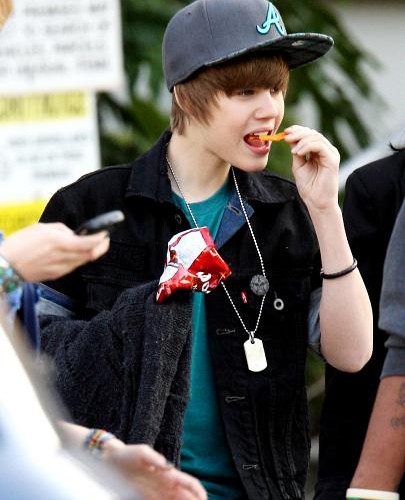 A lot in the world has changed since the Double Down review. Big Cheeser got suspended, Lil Wayne has released what seems like three cd’s from jail, the iPad has revolutionized computing, and tons of gimmicks have come and gone from flying out into the public eye quicker than Justin Bieber’s career will fade once he hits puberty.

With me entering the workforce this week, its hard to imagine I’ll have time to “bring back” the website like I truly should. But since I went on google randomly the other night and typed in “fast food gimmicks” into the wondrous search engine only to find our two bit, hacky sack of a website as the number three option. Getting nostalgic as I scrolled through the pages of reviews I couldn’t help but marvel at all of the inexplicable reviews, poignant photographs, and thousands upon millions of calories consumed, I couldn’t help but miss everything that was g&gg. Apparently from what I hear from others and the like, the public misses it too. Because seemingly other people enjoyed reading it as much as I enjoyed typing words for it. While there’s no way to catch up, I think the best way for me to take a break from work and the like would be to make some posts. While I can’t guarantee full reviews, what I’d like to do is to get my Dan Rather on and do some reporting. Alert the public about what Taco Bell is stuffing into flat bread this week, what the colonel is making s, o so g double oh d good this month, what Wendy’s is deciding to make spicy, or even what side dish Arby’s will roll out with next before they realize nothing can out do their curly fries. I’d love it even if some readers would leave some comments on what they’ve tried, or what they’d like me to report on.

Before I sign off, just wanted to say that if I had been reviewing the last year or so, I would have most definitely highlighted and/or spotlighted the arrival of the Chic fil A Spicy Chicken sandwich into the world. If you didn’t know, Chic fil A actually, took online reservations for a certain weekend to debut the sandwich.

If you made the booking, you and a guest would receive the lavish treatment at your local establishment. A wing of the restaurant was roped off for “Spicy VIP’s” where you would be escorted and then given a Spicy Chicken combo free of cost. Sad to admit that I wasn’t apart of this due to scheduling conflicts, but I walked into the local eatery to watch it all unfold. Suffice it to say, the VIP’s looked quite awkward in the roped off quadrant, but hell, if your taste buds are exploding off the wall and then back onto your tongue at the speed of cheese it really doesn’t matter how the hell you look. Regardless, after a weekend of this, the sandwich, which came in the original, consisting of the spicy patty and two pickles, as well as the deluxe which, added on lettuce, tomato, and swiss became full time menu staples. Chic fil A went big when they went Spicy, installing a separate fryer for the spicy sandwich so that its batter and taste wouldn’t be intermingled with the og. This takes some brass cojones considering that’s a mighty investment for a sandwich that wasn’t even gimmicked before it debuted. Balls were warranted though, because the sandwich is the only spicy on the market that can compare to the 5 Star Certified and Official G&GG Hall of Famer Wendy’s Spicy Chicken. The southern style spiciness is quite unique and yet quite hot. Both the original and deluxe provide diverse and different flavors getting 4 and a half stars from yours truly.

So until the next post, I prescribe to you a Chic Fil Spicy dogg.