The Wild and Wacky World of Fast Food Commercials Part 2 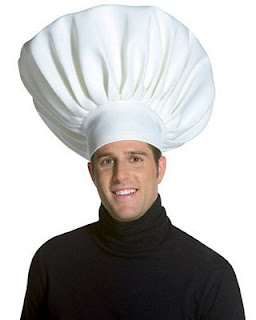 As time continues rolling on, I’m still amazed that fast food commercials are legal.  Considering the prestigious image we are presented, it would seem likely that fast food was hand crafted, ingredient by ingredient, by someone with a chef’s hat as high as the ceiling.  But as we all know, the bitter truth is that some lifer named Rodney or an ex con named Tre’Marcus is in the back throwing ingredients together with reckless abandon. 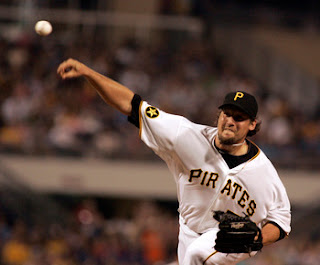 The employees could care less about making your food look good. All they care about is making it just good enough so that they don’t get fired so they can make their next child support payment for Kwynsie or so they’ll have enough money to meet Sweet Lou in the alley for their next score.  Let’s just say that no one stacked by steak on my Triple Steak Stack.  The steak was more or less pummeled into the flat bread like a Joel Hanrahan just threw a grapefruit into a wall.  And as memory serves correctly, Steve’s Cheesy Bacon Bowl should have come with a life jacket instead of a fork.
So as we present to you fast food’s newest four offerings in the commercial, keep in mind that the food presented has been air brushed more than a Maxim magazine. With that being said, here are this week’s finest commercials:
Taco Bell’s Triple Steak Stack:
In one of the largest reaches known to man, Taco Bell compares eating  a Triple Steak Stack with the three acts of a play.  Act one opens with the engrossing “desire” of the man unwrapping a the Steak Stack from its trusty non descript foil.  After eye boning the meat packed creation, he picks up the flat bread and breaks Taco Bell’s #1 commercial rule: eating the food.
Act two is quite possibly the most disturbing and unrealistic of all time: Passion.  After taking a few bites that are reminiscent of a vulture pecking at a carcass, the man leans back and takes a big swipe across the forehead, wiping away all of the pleasure induced sweat he just worked up! Comparing Taco Bell with sex. That’s a first for sure.
Drama ensues when we are revealed in Act three (Betrayal) that this wasn’t his steak stack, but that of his heterosexual roommate! After a brawl scene, we are left wondering until the inevitable sequel just who ended up with the Steak Stack. So as a recap, don’t make love to your Steak Stack unless its yours.
Domino’s Artisan Pizzas:
Domino’s Artisan Pizza commercial applies the age old adage that every fast food restaurant is such a big joke, that they might as well make fun of themselves and their own products.  Domino’s has been doing this for years, beginning with its ad campaign admitting their pizza had sucked for decades so they were finally going to make it borderline edible.
So Domino’s threw out a stumbling and bumbling Fabio Viviani to try and convince the viewers that Domino’s now has “artisan” quality pizzas.  The trouble is, he still thinks its a joke, so he can’t get through any of the commercial without laughing.  In the end Domino’s “chef” tells us that even they can’t convince us this pizza is any good, because no one will believe it, so they suggest just supplying them with revenue and purchasing the pizza to find out. Great, wondrous strategy indeed.
Arby’s Ultimate Philly:
Nothing like being too cheap to hire four people for your ad, so you end up hiring one over weight steak and dress him in drag to sell: Philly’s? What has happened to this country, where the only way to sell a sandwich is to annoy people beyond belief. Is the strategy to hope people are so bothered and resentful to this commercial they will flock to their nearest Arby’s to protest and/or buy sandwiches? Kudo’s to the cow girl’s Yee Haw! That’s what we were all thinking when this one was done.
Wendy’s W:
If there’s anything we’ve learned its that fast food restaurants want you to get hooked at a young age. This explains Happy Meal’s and eateries that have bigger jungle gym’s than most city parks. But  Wendy’s takes it a bit too far in this quick “W” Burger commercial.  By showing the baby shoveling shit into its mouth with delight, followed by the man doing likewise, the viewers are led to believe that this all very regular.  The cute baby smiling in delight when her father dives in to the double patty, double cheese, signature sauce delight is the perfect leap into the customer’s hearts. Where is this kid’s mother? Doesn’t she realize her kid’s gonna be crushing trans fats forever now? Nothing like high fiving gluttony!
So take some time and let all of these ads soak in. Did they work? Are you hungrier now or just all that more confused? Regardless, fast food will continue providing us with entertainment through their misguided and ill fated commercials. We’ll be there to cover. Fast Food Geek out.
~Fast Food Geek staff
@fastfoodgeek