AndrewFebruary 3, 2012
Jack in the Box0 Comments

Fast food establishments have loved testing the limits on their products forever. Whenever a restaurant can truly tap into the customer’s needs, wants, and vices, they can truly create a breakthrough product.  Jack in the Box just might have done this, with its super secret, barely advertised Bacon Shake.  Feeding this nation’s ever growing lust for bacon, they have recently released a BLT Cheeseburger and along side of it, a Bacon Shake.

Advertised very little and not even included in the commercial for the BLT Cheeseburger, the Bacon Shake is only available for a very limited time, and there is no timetable for when it can be pulled.  Word on the street, is that this milk shake, isn’t even on the menu currently at participating restaurants, and that you have to ask for it to get it.  A true gimmick indeed. 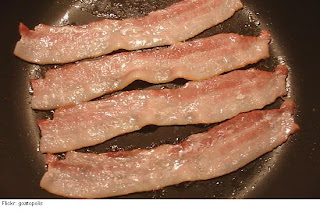 Our friends over at The Impulsive Buy posted a review today, dropping some knowledge including the fact that no real bacon is involved in the shake at all.  The only thing that separates this from a vanilla shake is the Torani Bacon Flavored Syrup mixed throughout, sans any bacon pieces sprinkled on top.  The shake appears to look and smell like a typical milk shake and only when you taste the crazed creation will the bacon become apparent. Grub Grade also has some pictures sent into them by a reader. 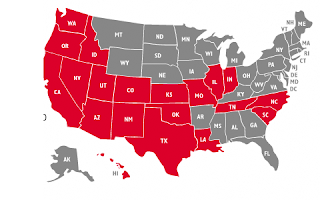 Because we’re sequestered in Pennsylvania, a Jack in the Box is many hours away from us in Indianapolis, so we won’t be able to get our own hands on one.  So for any reader with access to a Jack, and gets a Bacon Shake, we’d gladly post your findings on our site.  Just send us an email to fastfoodgeek@gmail.com and we’ll do a special post. Until then, we’ll have to eat bacon in its solid form.

We were lucky enough to receive a review all the way from San Jose this evening.  We will post it later today!