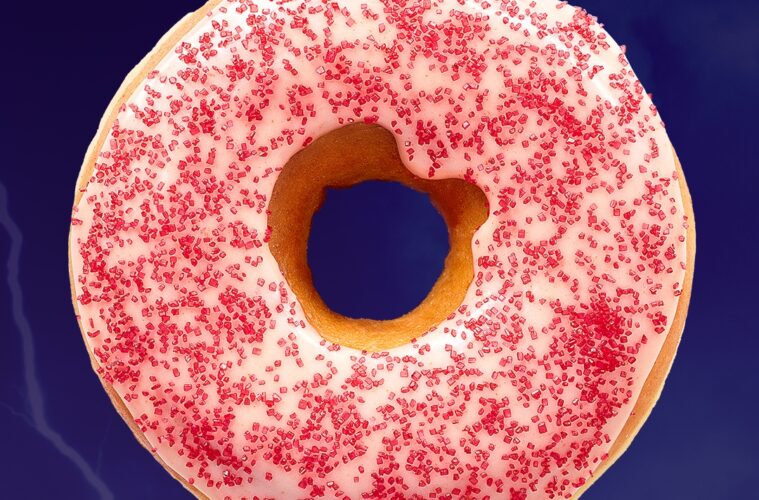 Spicy donuts? What kind of world are we living in? Halloween is getting especially weird and ghosty at Dunkin’, and we’re taking a look.

It seems that the wave of spicy foods and drinks in odd places began a few years back whenever Starburst and Skittles came out with a spicy variety and continues to this day in beer form with New Belgium’s Atomic Pumpkin Beer. In honor of Halloween and creating a general buzz in the otherwise stagnant market, Dunkin has decided that spicy donuts were worth a try.

Seeing a lot of national buzz from news outlets, we decided that it was necessary to go out and taste what seems like a very odd and potentially disgusting treat.

Considering Dunkin’s donuts have been deemphasized so much recently that they even took it out of their official name, it’s a bit of a surprise for them to go all in on a donut product like this, but anything to get some butts in the seats.

Costing a mere $1.19, this might have been the lowest level of investment in quite some time to try the world’s newest gimmick. Consisting of Dunkin’s standard yeast donut and their familiar strawberry icing, the donut is topped off with a vibrant and sparkly “sprinkle” ensemble which is actually cayenne (spice used in Nashville Hot Chicken) and ghost peppers which are pretty much the hottest thing on earth.

The donut definitely didn’t have the look of something spicy, honestly it could fool an unknowing individual into chomping down thinking it was just any old, circular sweet treat. The funny thing about this donut is that it really doesn’t look anything Halloween related and even has a bit of a glamorous, elite feel to it.

Enough of the riff raff though, let’s get down to the taste. Biting into the donut you’re not immediately lambasted with spice, instead having an initial standard strawberry donut flavor. The spice though, comes in a wave and lasts all the way into an after burn.

I’m generally a fan of spicy things, and to me this was about a 5-6 on the spice level. So the ghost pepper definitely is used sparingly, otherwise the donut might cause a few mild arrhythmias. So you have a perfectly good, ordinary donut and you infiltrate its sanctimonious harmony with a rash bold peppery sensation.

To me it’s quite weird and somewhat off putting. I understand the sentiment that you have to try new things to discover new favorites, but who asked for this? Never in my life did I sit down, brew up some coffee and wonder aloud why spicy donuts weren’t invented yet.

Dunkin’s Spicy Ghost Pepper donut is pretty much what you’d expect. A very peppery and throat exhaust inducing donut that provides a combination that many people won’t want to try after the initial experimentation. It just wasn’t enjoyable to me in any way. This truly is the answer to the question no one asked.