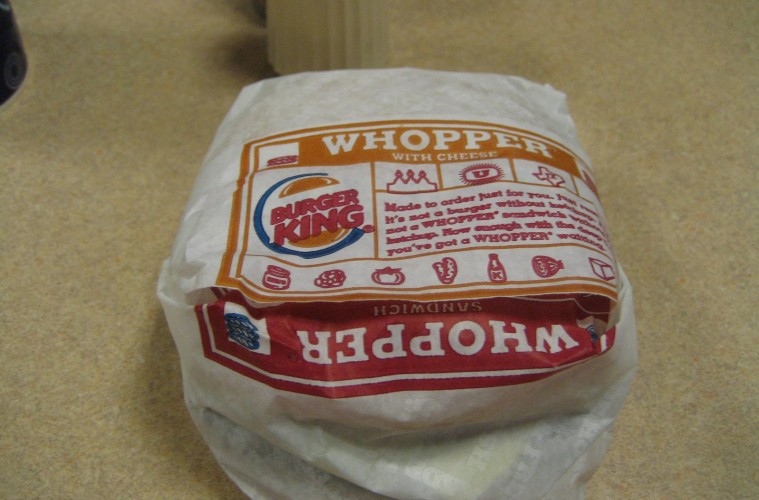 After great anticipation and continuous commercials during NFL Playoff weekend, the whole world, well at least everyone that I know, wanted to run out to BK and try out the their new Angry Whopper. The commercial was rather amusing to me with a farmer laboring, months on end in an attempt to make his single onion angry upon harvest.

First off, how efficient is this dude’s farm? He appears to have acres of soil, yet he he made the conscious decision at some point to forgo profits and economies of scale, in an attempt to piss off an onion. His methods include whipping, shock treatment, cayenne pepper dousage, and just plain tongue lashing. This onion would soon bear fruit and become the angry onions on BK’s Angry Whopper. Which appears of have a multitude of them, as well as jalapenos, pepper jack cheese, and Angry Sauce to increase the heat. Second off, how many years did it take BK to get all of the onions needed to take this sandwich nationwide, if they were growing one a season?

Upon arrival at the BK on Pitt’s campus, which is a full service menu, I was greatly anticipating a wonderous experience, based on the beautiful menu sign. With the multitude of toppings, you’d really have to be asking for a floopy evening if you order the triple dogg.

Long story short, the burger we got was nothing short of a failure. Sham-fest ’09 indeed.

My burger had one “angry onion” peel and completely lacked any hint of bacon. I don’t know what kind of tomfoolery this Burger King is trying, but we couldn’t stand to give the readers an incomplete review on an incomplete sandwich. It just wouldn’t be fair.. so we’re gonna traverse the seven seas, climb every foot hill, and saddlesag every plateau in search of another BK, for you readers. It must be done.