Burger King’s chicken options have been through a roller coaster ride throughout their history.  I recall as a tike, when the Original Chicken Sandwich was the only show in town.  Known for its hoagie like length, it was decent but nothing overly special.  Things really started to pick up with the advent of the Tendercrisp Chicken, which was a definitely a more flavorful piece of bird.  Back in my college days they had a spicy variety that was pretty much the same thing with the to-die-for Zesty Sauce loaded on.  The option is still there, but its more of a do it yourself type of thing.

Over the years Burger King has released many different versions of the Original Chicken Sandwich, and two of them are back for another tour of duty.  The chicken parm induced Italian Chicken Sandwich and the Club Chicken Sandwich.  We let you guys know last week, that these sandies, as well as the OG are part of a BOGO offer currently talking place at your local BK.  That is if you can find a local BK.  Finding one in the Pittsburgh area is like trying to find a knock kneed Leprechaun in the wild.

After traveling through the Sahara, braving the forests of Endor, and following the yellow bricks of Oz I ended up at a Burger King.  I haven’t been to one in months and I felt quite accomplished that my travels led me to one.

Ordering the Club at ($4.59) and the Italian ($4.19) and having to pay for the former, left me feeling like I didn’t really get a deal.  Classic fast food maneuver is to try and get one consumer tangled in a BOGO web.  Pretty much the worst deal possible when going solo.

Unwrapping the club, I was presented with what also truly holds the Original Chicken Sandwich back.  The patty is preformed and flatter than your favorite hockey team on the second night of a back to back.  Seeing something so uniformly shaped scares the crap out of me at this point, but I had to press on.

Flapping open the sandwich left me equally unenthused.  The two lonely strips of bacon had the looks of a 6 year old who just lost their parents at the mall, bewildered and confused.  I don’t think I’ve ever been less excited for bacon.

Biting down left me equally underwhelmed.  Really not much to talk about. The tomatoes were marginal at best, the mad house of lettuce flabs were all over the place, the bacon tasted like fried air, and the mayonnaise provided nothing but tasteless calories.  1.5 for the Club Chicken Sandwich.

Moving on to the type-casting Italian Chicken Sandwich.  Going with a much simpler format, the Italian Chicken stereotypes an entire genre of food as two ingredients: marinara sauce and mozzarella cheese.  But sometimes, I find that simpler is better.

On first glance, the Italian Chicken doesn’t look like much.  It’s even hard to tell there was anything happening underneath the bun’s surface.  A little reveal job shows that a huge slice of mozzarella melted onto the chicken with a dollop of marinara.  Disappointing amount of sauce to me.  Marinara sauce has to be one of the cheapest ingredients out there and some restaurants are treating it like its guacamole with their substandard servings of it.

The ad photos tell the tale of a chicken patty fully surrounded by sauce, top and bottom.  This knock knock joke of a sandwich I received only had a small sampling on top.

Biting down made things somewhat better though.  For not specializing in marinara, Burger King’s is actually pretty flavorful.  I’m guessing because its 80% sugar, but nonetheless it brings a lot to the proverbial table.  Plus the additional of the borderline gooey mozzarella had me whistling a cheerful tune.  More sauce would have made it so much more, but the Italian Chicken brought me to Tuscany with a 3 star rating.

If you can find a BK, take advantage of these sandwiches with an eating partner.  Stick with the Italian though. 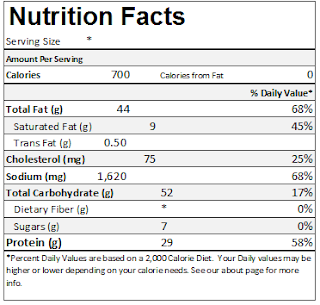 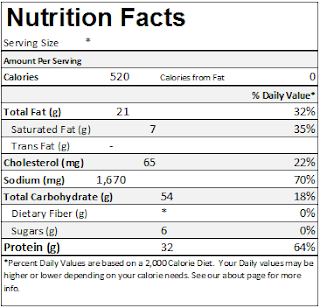