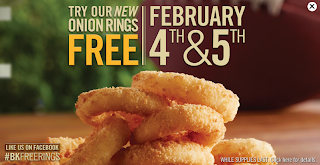 With Super Bowl Sunday fast approaching, department stores across America are running out of stock of pants with elastic waste bands. While the Super Bowl typically means the biggest football game of the year, it also stands for much more. Traditionally this is the day, other than Thanksgiving, where most people eat a shit ton of food with little to no dietary concern.

This year, with only either Boston or New York getting rings, Burger King decided that it doesn’t want anyone to feel left out. Therefore, this weekend only, the days of February 4th and 5th will now be known as Free Onion Ring days at BK. But not just free onion rings, new onion rings. Whatever that means. 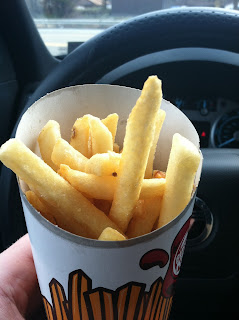 Back in December, BK revitalized their crispy crunchy fries by making them thicker cut, packing a more potatoey pop. Mixed reviews ensued, with some people wishing for a more dramatic change, but Steve certainly liked them, saying that they were crispy, fluffy, and definite upgrade. But now BK has moved on to making over it’s onion rings. 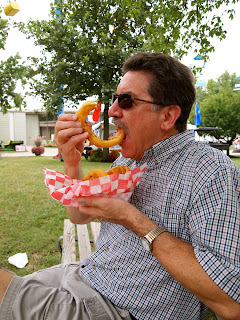 But what is really new about them? It is hard to tell based on the press clippings, considering all we get is the word “new”. Is this a big scam or is BK really changing up their already wondrous Onion Ring makeup? As long as they keep the Zesty Sauce I won’t complain, but based on the photos, the batter may or may not be larger and more in charge, with an overall crispier nature. Hard to tell, but we will certainly investigate this weekend and pop back up with a review of these. Rings for all!