We told you last week that this month saw the burger chain of command has shifted this month.  Wendy’s is now #2 with slumping Burger King fading like your pair of acid washed jeans.  Well it appears as though the sleeping giant has awoken.  Burger King has announced it will add 10 menu items, their biggest revamp ever.  The menu items include fruit smoothies, coffee frappes, new salads, chicken wraps, as well as chicken strips.

Burger King has taken a long look in the mirror and decided that it should follow suit with others such as Wendy’s by making their food better and adding new options.  Newsday reports that BK executives recently sat through a full blown mayonnaise presentation where they were educated on the different ways oil and egg affect the taste.  After a blind taste test of over 30 different mayos, BK was surprised to find that their current one actually won. 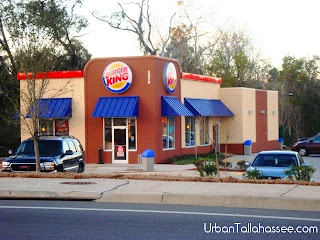 While BK was originally thinking about adding items such as pressed paninis, they decided lighter was the way to go.  Each of the items went through intense test marketing and ingredient tweaking, withe Homestyle Chicken Strips being altered 10 times before the final product was settled on.  The fruit smoothies even went through 6 alterations before the correct icy and flavor factor were formed.

Personally I think that these moves are just Burger King catching up to McDonalds.  The wraps come in honey mustard and ranch, flavors the golden arches have already mastered, while the smoothies come in strawberry banana and tropical mango, flavors also offered by McD’s. You won’t find a lot different  here, but who know’s they might just be better tasting.  After all that’s what matters most in the land of oil and honey.