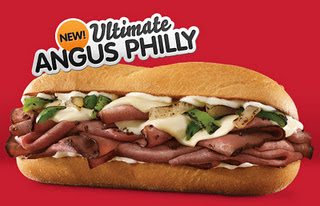 Gimmick food items are essential to survival in the fast food industry. Everyone knows what each chain offers, they know the debilitating repercussions from consuming them. We’ve all succumb to the late night cravings for such sloptastic, and borderline inhumane cuts of meat garnished with droopy lettuce, and demoralized dressings, but yet we still keep coming back. When these mega moguls of the fast food industry release “new items” the reality is its usually the same core ingredients their products were founded on, slathered with a new sauce or strewn across an “artisan bun”. On our quest to separate gimmick from glory, I set sail to Arby’s for their new “Ultimate Angus: Philly Cheese Steak”

The nearest Arby’s to my current location was an old and endearing establishment located on Forbes Ave in Oakland. Just the sight of the building brought back memories of snagging that coupon sheet from the PITT News, skipping class and shuffling off to Arby’s in the frigid winter with Mike and Andrew. The line was much longer than I had anticipated. Perhaps the new layout, or new menu has brought the Arby’s faithfuls out of the woodworks, I was determined to find out. 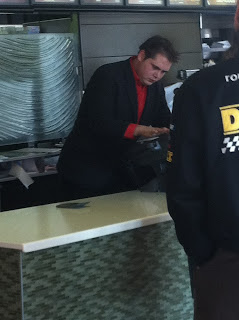 The first thing I noticed, was that not only was the entire interior re-designed, but the Managers upgraded their attire as well. They were all donning a black blazer and a rare roast beef red button-up with Arby’s embroidered on the sleeve. I approached the counter and confidently ordered myself an Ultimate Angus Philly. After declining to help save starving children around the world, I self swiped my credit card on their new register, grabbed my drink cup, and waited to the side for my sandwich.
Hoagie in hand, I proceeded to the soda and sauce bar, there I met quite a large bottleneck of customers frantically seeking more Arby’s Sauce to drown their sorrows. It is here I noticed that they added a couple new sauces to their spread. 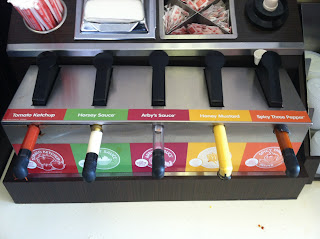 Without hesitation I filled up the worlds smallest paper cup with a dollop of  “Spicy 3 Pepper Sauce” and made my way to a table. 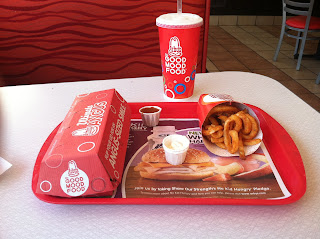 I think Arby’s already set themselves up for failure by using this new slogan “Good Mood Food”. I for one am rarely in a good mood when I enter Arby’s and when I’m constantly dancing around confused patrons just to get a straw or napkin, I tend to get quite irritated. I don’t visit Arby’s often, maybe because that was the name of my old baseball coach, but more likely because I don’t think I’ve ever left there thinking “well that was a good idea”. Never the less, it was time to indulge on the sandwich that is supposed to turn my frown into an “Angus Sized Smile”.. 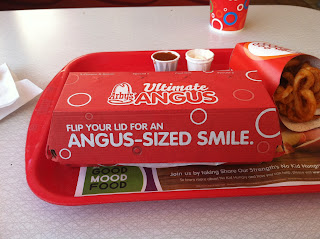 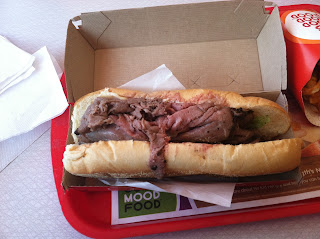 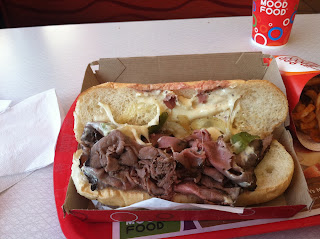 First thing I noticed, was that the cheese/pepper/onion dispersal amongst my mish mosh of “black angus beef” was about as abundant as jobs for college grads, and about as organized as the occupy wall street movement. The bun was a bit soggy, but did seem of higher quality than the usual. 3 Bites in I was pretty satisfied by its taste, but truly the only thing that made this differ from their usual roast beef sandwich was the hoagie roll, and a few green peppers. I scarfed it down, gathered what was left of my declining dignity, snapped a few pix of the over dressed manager and scuttled back to Shadyside where I belong.
Arby’s Ultimate Angus Philly: 2.5/5 Stars
Until Next Sauce,
-Steve
Tweet me!: @SJLoomis