With NFL Quarterback, Peyton Manning, owning 21 different Papa John’s franchises and being splattered all over commercials, it’s not that hard to see why the pizza place is the official pizza of the NFL.  To demonstrate that even more, Papa John’s is featuring pizza’s in a new “Player’s Choice Pizza Promotion”.  While it doesn’t exactly say what players choose these pizzas, the featured Sriracha Meats pie is new. 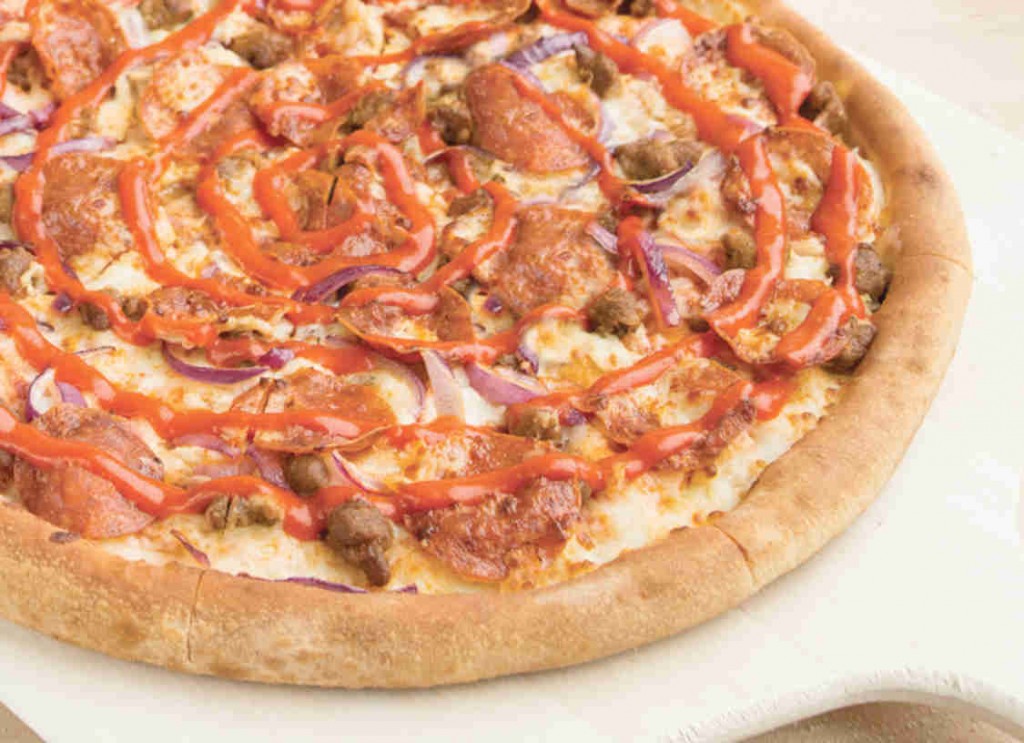 The Sriracha Meats includes pepperoni, italian sausage, red onion, cheese, “pizza sauce” and drenched with a Sriracha sauce swirl.  Just another player in the Sriracha game.  “The Works” pizza and the BBQ Chicken and Bacon pizza are also featured in the Player’s Choice Program.