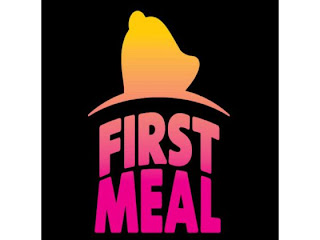 As we reported earlier, 2012 is going to be a big year for Taco Bell. After closing down a bunch of stores, Taco Bell is ready to throw a whole bunch of shit at the wall, and seeing what sticks. Along with the forthcoming, and highly anticipated Doritos Locos Taco–that we’ll undoubtedly review the first day we can–and the new “Adult Fast Food” Cantina Menu, featuring fresh ingredients in a Chipotle esque manner, Taco Bell is launching First Meal in 14 lucky states across America this week according to the Pittsburgh Post Gazette. 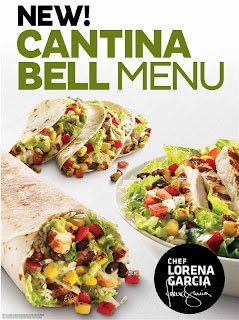 While Pennsylvania isn’t one of these states, it didn’t stop the local paper in our area, from taunting us with this news. Wall to wall coverage has been exploding in our blogosphere with Grub Grade , Food Beast , and The Impulsive Buy on top of this stuff like a muffin on a mud flap. 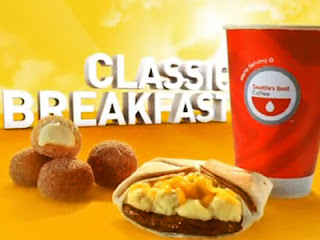 Here’s what we know, breakfast at Taco Bell has been deemed “First Meal”, in a playful reference to their popular “Fourth Meal” campaign, which aims to cripple customer’s stomach’s with late night tummy twisters. The Orange County Register has a full listing of all 750 Taco Bell’s that will carry breakfast, with the states of California, Alaska, Oregon, Washington, Arizona, Idaho, Montana, Utah, New Mexico, Nevada and Colorado. Select stores in Texas, Ohio, and Oklahoma will also be getting a sneak peak at this morning marvel.

With McDonald’s, BK, Subway, and Wendy’s already serving up breakfast burritos, why wouldn’t it make sense for Taco Bell, an actual purveyor of burritos, to hash up a breakfast variety as well? Singular items will range from .99 cents to $2.79 and will only be served from 8 to 11 AM. With this pricing and time slotting, it’s clear who Taco Bell is aiming this menu at: hungover college kids. But hey, that’s a pretty big market, and one that’s certainly willing to scoop up some greasy grub in the morning. 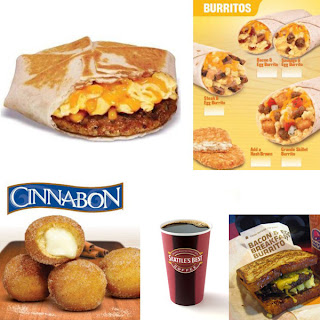 Sausage, Bacon, Steak, and Egg seem to be the staple ingredients in items that range from burritos to Crunch Wrap Supreme type instruments. Plenty of brand names make appearances with Cinnabon Bites and Seattle’s Best coffee appearing on the menu as well.

While we aren’t within range of First Meal quite yet, Taco Bell is planning to have the majority of their stores breakfast ready by 2014. We’ll have to be patient, but I have a feeling the patience will be worth it.