2012: The Year of the Taco? Taco Bell set to release Doritos Locos Tacos 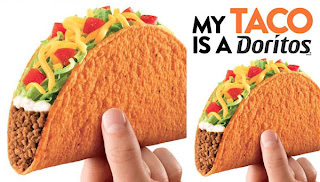 Who doesn’t love Taco Bell? No other restaurant has spurred its customers into preemptive bathroom trips upon arriving like this fast food Mexican joint does. Can you actually imagine knowing that your ass will quake so bad after eating something that you have to temper the blow by hitting up the john beforehand? That’s the world we live in, but dang doesn’t their food taste like a trip down Tasty Lane?

2011 has been quite a downer year though for Taco Bell, with the well publicized meat fiasco, in which they were sued for not having real beef in their tacos. Since then, Taco Bell has issued a public release about their beef recipe, and although never having to change their ingredients and the lawsuit being dropped, the beef is  still seen as faulty in the public eye. I, myself, have never batted an eye at the allegations, because, well I figured it was fake to begin with.
But according to an NRN article, 2012 figures to be a big year for the Bell. They are hoping that this is the year, they reinvent the taco. While Mexican food has always seen as a mish mash of meat, tortilla, cheese, beans, there are only so many combinations out there before you hit the proverbial gimmick wall. Or so we thought. 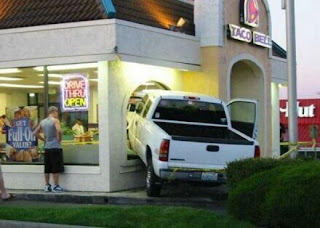 Because Taco Bell is set to unveil the Doritos Locos Taco. Yes, that’s right, Taco Bell will have a taco where the shell is in fact made with Nacho Cheese Doritos. I can just hear the stoners clamoring and breaking down doors for this one. The Cleveland Dealer reports that the taco fillings will be seasoned and flavored milder to compensate for the shell’s bold and brash flavor bomb.  Be sure that FFG will be all over this mother of all gimmicks when it comes out like Troy Polamalu and a doctor’s office.

Also for 2012, Taco Bell is planning to shell out a premium line called Chef’s Signature. With upgraded beans and marinades, even that snooty guy at your office can find something to eat during office lunch trips. And in even more startling news, Food Beast reports that select test markets are seeing Taco Bell’s breakfast offerings. With Johnsonville and CinnaBon branded offerings, grilled and stuffed to your delight, it well help Amerians gain weight at all hours of the day.

We’ll keep you posted on up to date info about Taco Bell and all the other usual suspects as we roll along into the new year. Stay hungry, stay foolish.