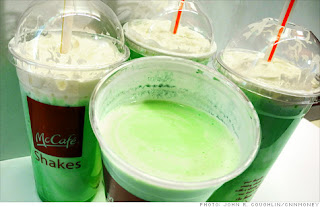 By now I suspect that you’ve all had your fair share of Shamrock Shakes—maybe more than your fair share. If you’re skin is beginning to glow with a slightly green tint, perhaps it’s time to lay off the stuff for a while. But what happens when you get to the dog days of summer and nothing will cool you off except for a nice tall glass of Shamrock Shake. One site claims to have cracked the code and found the perfect way to make homemade Shamrock Shakes so you can keep em coming long after McDonald’s puts them back in the vault. 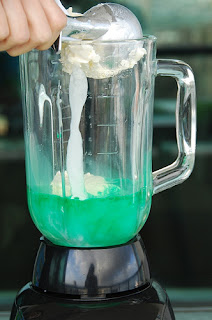 According to the homemade recipe, one can make a Shamrock shake with as few as four ingredients. Something tells me that, although this could probably make a great tasting milkshake, McDonald’s manages to cram in 30-100 more ingredients.

I have yet to try this exact recipe myself but I think I’ll save it for a sunny day when the real stuff can’t be found. If anyone tries the recipe let us know how close it is to the real thing. Anyone else come up with another recipe they think comes close? Let us know in the comments.