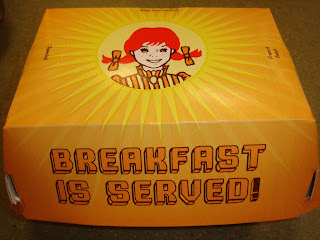 The tongue and its surrounding taste buds have many needs, wants, and cravings. People always crave something salty, something sweet, something buttery, or something chocolate sauced. It is just human nature for your palate to want different things, even if it’s combining things that just don’t make sense. Chili and pancakes anyone? Milkshakes and French fries? Cinnamon rolls and burgers? Ah yes, this is precisely why fast food restaurants have been producing baked goods for years. There’s nothing quite like biting into meaty, heaping burger and then following it up with a bite of a sugary and flaky pastry.

I’ve always considered myself strange when it comes to eating. I was quite picky as a child, but have loosened up in college, because I have the “I’ll eat whatever I can get” attitude. I’ve always been a sectional eater. To define this behavior: if my plate has differing items, I eat one thing first and then move on to the next. Thus, I eat one section at a time. It all started one day during a childhood visit to Denny’s whenever the dreaded egg/pancake dish was thrust upon me. Always a fan of condiments I tried to bamboozle ketchup onto my eggs and syrup onto my flapjacks without creating a combo factor. Next thing I knew I was intertwined in nonsensical flavors like a trip to the county fair on moving day. Scarred and bewildered, I haven’t been quite the same. But I feel like its time to move on. So during a recent trip to Wendy’s and McDonald’s g&gg decided to take on the respective cinnamon roll offerings from each of the establishments. 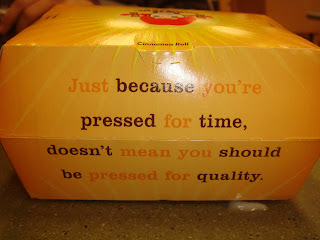 Wendy’s has done everything they can to make you want to eat breakfast. Having just started their breakfast offerings in the last year, Wendy’s has tried to create a culture of quality around their breakfast offerings, with clever slogans such as “not having to settle on quality” and “it’s waaay better than breakfast, its Wendy’s”. The funny thing is most if not all of their products are take offs or shingle shammers of McDonald’s breakfast choices. G&GG plans on having a Prize Fight Battle Royale at some point in the not too distant future to try and determine, once and for all where you, the consumer should go to consume 600 calories before stepping foot into work. 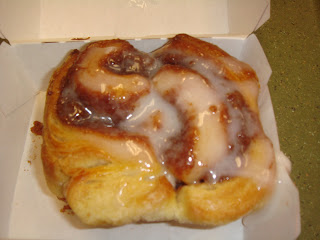 Looking at Wendy’s new Classic Cinnamon Roll, you can’t help but think of Saturday mornings back home, the simpler times if you will. It’s a no frills, (sad to say) no gimmicks approach to the cinnamon roll. Its flaky, it has the desirable tear away layers, it’s got a sweet, distinctive flavor, and it is oodled with sweet glaze icing. 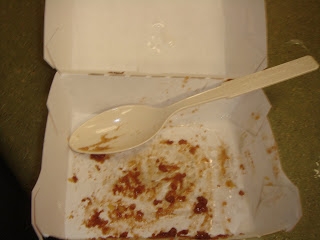 As you can see, there was plenty of icing to go around and it left quite the aftermath. Regardless, the Classic Cinnamon Roll was grandiose and I have to give it a 4/5. 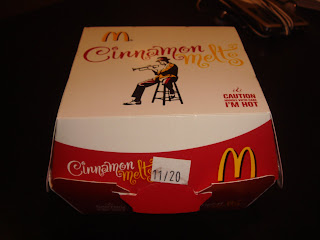 McDonalds in the course of three years, has went from the traditional cinnamon roll to something they have entitled, Cinnamon Melts. I can’t really give a good description of what these things actually look like. Maybe a budding flower, maybe pinwheels of joy, maybe fluffy cinnamon blobs, but whatever the case, they made for delicious bite sized wonder. McDonald’s offering is also very tasty but I have to give a slight edge to the Classic from Wendy’s. The Cinnamon Melts get a 3.5/5 in my book.

So there you have it. If you’re a recovering sectional eater like myself, there’s no better way to cure yourself than by getting one of these two cinnamon delights accompanying your favorite meal.