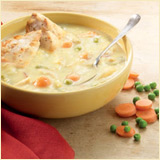 For years now, Panera Bread has been serving up under the radar fast food.  By creating a cozy fire place induced atmosphere, serving impulse buy pastries, deli style sandwiches, salads, and soups, charging premium prices for average food, and never needing to hire bus boys because the customer provides that service, no one has really connected the dots that Panera Bread is in fact fast food. 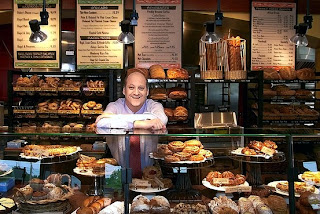 The biggest evidence of the fast food factor is the fact that the general public feels that because none of this food is fried or that particularly amazing, that it can’t be that bad for you.  Cold hard fact in your face is that Panera bread serves up calories and fat just like the rest of them, just wrapped up with a prettier bow.  Case in point, is the comfort food offerings being touted there for the winter months.  This includes gimmick soup of the month: Sonoma Chicken Stew.  Remember, that comfort food is the equivalent of saying fat ass anti-depressant.  In the short term you’ll enjoy indulging, but in the long term your pants will feel the side effects. 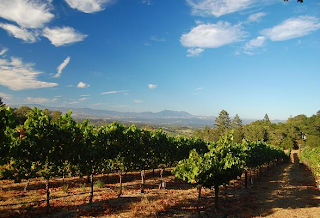 Wine country Sonoma, CA is the apparent origin of this stew, a connection that my public university education can’t seem to make.  But the simple idea of a stew is to throw a whole solid meal into a slow cooker, add some stock, broth, or water, and let it simmer for a Kardashian marriage, and you have yourself a meal.  Panera accomplishes this task by throwing chunks of chicken, red potatoes, carrots, and peas into a thick chicken stock and topping it off with what they call a Dry Jack Cheese biscuit.  I think that’s a fancy way of saying, this biscuit is filled with more cheese than a Dane Cook set.  Somewhere along the way, fat and saturated fat rear their ugly head, with the You Pick 2 cup variety hoisting 20 grams of fat, with 11 of them being saturated.  Who knew stew was that comforting? 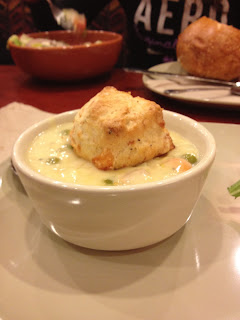 Upon arrival, the stew is topped off with the biscuit plopped right in the middle.  This whole proposition threw me off more than LeBron James during crunch time.  In my humble opinion, the biscuit should have either been pre crumbled into the stew, or just served on the side. Putting the whole thing on top the stew just made for a messy extraction. 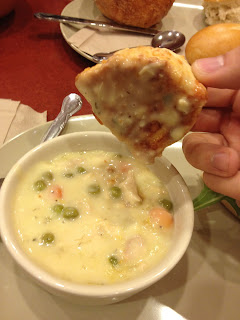 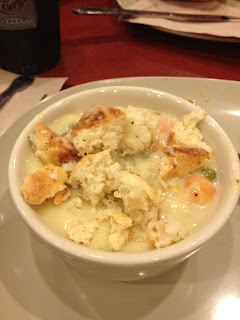 After crumbling it up and distributing it throughout the stew I was ready to submerge my spoon deep into the depths.  Fighting my way through the glossy film that had permeated onto the top, I was immersed into a world of chunks. Bulky red skin potatoes, big hunks of carrots, smorgasbords of green peas, and lumps of chicken that were quite immense, were dispersed throughout this concoction.  The cheesy biscuit added a rich and carbohydrate laiden flair I haven’t come across since visiting Cheddar Bay. 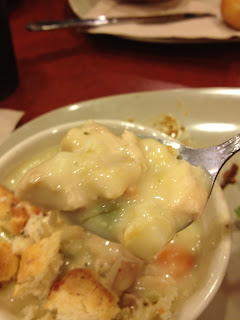 While the meat and potatoes were quite impressive, the life line of any stew is its brothy liquid setting.  We’ll just say that this stew’s heart beat flat lined before the 911 call was even placed.  Bland as can be, I thought I was watching a Ben Stiller movie.  How can something so fatty not have a rich flavor? It had the look and feel of a thick and smooth gravy, butthe flavor and allure of a drinking cold chicken broth out of the can.
Despite the terrible stew sauce, the grandiose display of steroid induced chicken chunks and other monstrous vegetable variations save the Sonoma Chicken Stew into a 2 star rating.  If you really want to be comforted opt for the Mac n’ Cheese. That’ll knock your pants into next week. 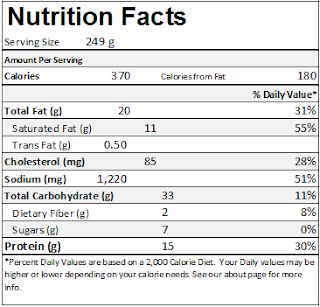