For eons and eons, there has only been one true colossus of clout when it comes to condiments: Tomato Ketchup.  Pureed tomatoes, sugar, and some spices, thats pretty much all there was to it. It was simple enough, and complaints were far and few to come by.  Sure there was always that negative Ned complaining that ketchup was too tomatoey or that overweigh Oliver who thinks it isn’t rich and flavorful enough, or even that sauce snob that turns up his nose at such an unsophisticated goo to dip his potato wedges in. But for my money, which is none, because ketchup is universally given away in most any establishment, ketchup is in the great hall of sauce.

Since its creation Heinz has been the gold standard for ketchup.  There are imitations (jokes) such as Hunts “Catsup” and Del Monte Ketchup, but if you ask most anyone who has tried the classic “57” there is no true competition.  Some evangelists have even stormed out of restaurants who are serving inferior tomato paste, attempting to send the message that Heinz is king.  But sure enough, even the most successful and most profitable companies, get bored, and will release risky gimmicks.  Hell, that’s what keeps FFG alive.  But sure enough, Heinz is no different, famously flopping harder than Pig Spit at a barmitzvah, with different colored ketchups back in the early 00’s.  As we noted in a news release before, Heinz is now releasing a new promotional ketchup with balsamic vinegar laced throughout.  I took the liberties and ordered some off of their Facebook page, and it arrived recently.  After some field testing, I’m finally ready to report my findings. 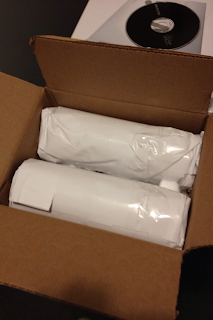 Arriving cased up in padded cylinders, I started having trouble believing I ordered a condiment and not vials of plutonium.  After an unwrapping process that felt like a gift wrapped by Aunt Gladys, I finally came in contact with the bottle.  Classically encased in the glass bottle you’ve struggled with in restaurants for years, the Balsamic Vinegar variety label is sleek, sexy, cool (Calvin Klein).  I don’t know what the plan was with the marketing, but the bottle comes off as an upscale delicacy, destined only for the most refined pallets in all the land. 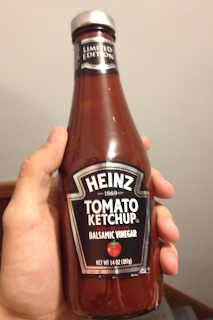 Reasoning with myself that the best option for testing out ketchup would be the American Classic “French Fried” potatoes, I ran out to my local Sheetz and ordered a cup of them. 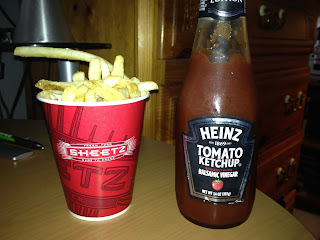 With the anticipation hitting me harder than a lunch box to the genitals, I poured the noticeably darker liquid onto Trucker China and was ready to dip like I’ve never dipped before. 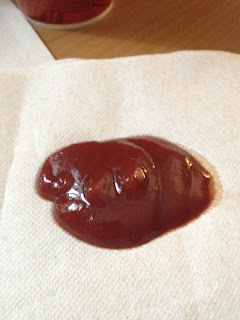 Plunging my fried ketchup receptacles into the murky deep, I knew right then and there I was stepping into infamy. Broadening out into new frontiers that man has yet to behold, I took my first bite with the eagerness of a beaver in a Home Depot.  What I found was that I had traversed my way into Flavorville, USA.  Entranced with multiple flavor swirls, I couldn’t help but sit in an overwhelmed stupor for a good half minute.  A blitzkrieg of boldness and zestiness zipped in and out my mouth like a zeppelin in the breeze. 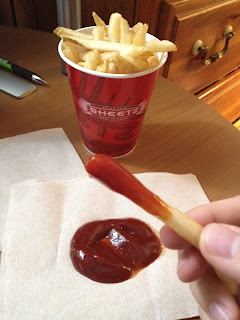 It took me awhile to decipher the combination of flavors. But I finally cracked it.  The boisterous taste of BBQ sauce, was spiked with the zest of steak sauce, all followed by the smooth overtures of original tomato ketchup.  The flavor was powerful, yet refined, soothing, yet dignified.  It was a taste for the masses and the aficionados alike.  The best part about the ketchup was that I was a fan instantaneously.  There was no learning curve to be seen, as I was enjoying the flavor effortlessly, like I had been eating the sauce all my life. 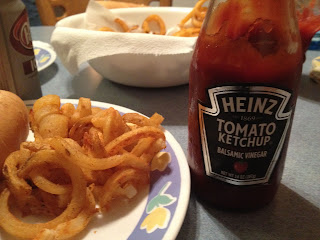 Loving the taste so much, I requested curly fries that night at the family dinner table.  Excited as ever to try the magical mouth movement, I found myself continuously tilting the bottle, smacking the sides so that the bronzed barron would drizzle onto my plate without drama. I couldn’t get enough. 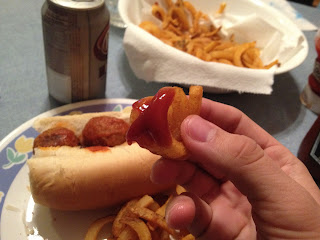 So for all of you connected to Facebook, head on over to Heinz’s page and order as much of this stuff as you can.  Heinz is apparently starting to distribute this offering in select stores starting in December. I for one, really hope that this stuff is here to stay, but if it’s not, I’ll be sure to stock up on this stuff like toilet paper at a taco eating contest.  So go ahead and enjoy the new frontier of tomato ketchup, dip, dunk, and dive away! 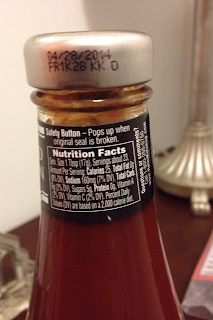