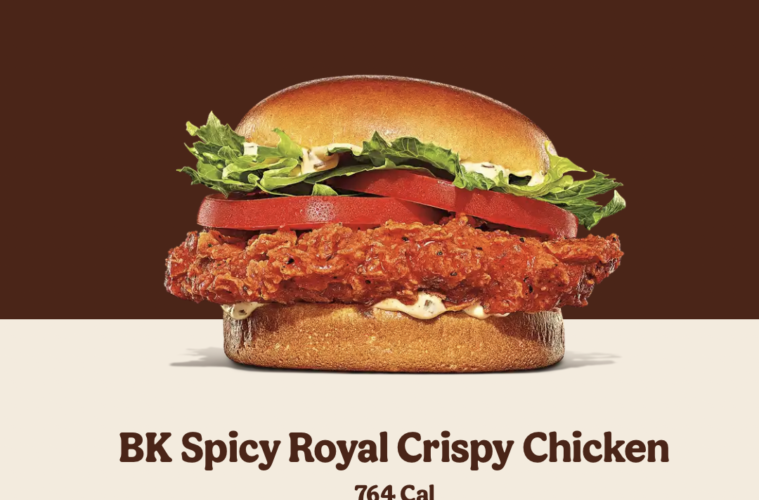 Much to the chagrin of the few people who still go, Burger King changed their Chicken Sandwich offerings. We ate the Spicy variety to let you know how it stacks up.

It wasn’t too long ago that Burger King revamped their crispy chicken sandwiches as part of the Great Chicken Sandwich Wars. This line was hand breaded in the restaurant and called the Ch’King sandwich. We reviewed it back in the summer of 2021 and were quite impressed, but apparently it was too labor intensive to survive. After all, we can’t perform any task that resembles even the most simplistic form of cooking in fast food restaurants.

BK has recently unveiled the Royal Crispy Chicken Sandwiches. I was told by a BK manager in the great state of Maryland on my way home a family beach vacation, that the glamour surrounding the revamp was that there would be many “builds” of the sandwich. I appreciated the fast food lingo surrounding the many different varieties that would be available, but also disappointed that a great chicken sandwich option had already gotten the axe.

The Royal Crispy Chicken sandwiches are available in four builds. An original, a spicy, a BBQ Bacon and Cheese, and a Bacon and Swiss Cheese sandwich make up the lineup, and as we have traditionally done prior, reviewed the Spicy version.

The Spicy Royal Crispy Chicken Sandwich reminded me of a crime scene. There were hints of violence in the sandwich’s assembly, a kidnapping of a supposed savory sauce, as well as the fraudulent appearance of a sandwich that cared about itself.

Part of the grandiose nature of the Chicken Sandwich Wars was the lack of prefab chicken breast. Nothing felt uniform and you could find yourself with a bodacious piece of meat with every purchase. The Royal Chicken sandwich has once again brought back the terribly sad cookie cutter sandwich experience.

While the triple pepper glaze tangy and relatively tasty, the random smattering of shredded iceberg, haphazard placement of tomato “slices”, and almost deliberately forgotten savory sauce left a lot to be desired. The chicken itself was boring, patty like, and felt way smaller than the last sandwich. The chicken tasted overcooked and lacked any juice. All that was left was a glazed piece of disappointment. I guess we can’t trust BK to keep quality items on their menu.

This sandwich was a glorious disappointment, replacing a much superior sandwich. Someone tell BK to wake up and smell the tears.