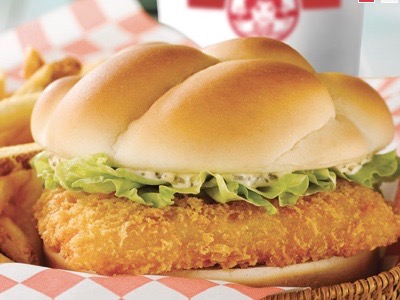 In the world of fast food fish sandwiches, there is little to differentiate one sandwich from the next: Bun, Lettuce, tartar, fish, and repeat. This means the slightest misstep can have severe repercussions preventing the sandwich from attaining glory. Add to the fact that these sandwiches are usually only available or only advertised during the 40 days and 40 nights following the religious holiday known as Ash Wednesday and you have yourself a crowded and competitive fish sandwich market. Can Wendy’s Premium North Pacific Cod Fillet sandwich hold up against their fast food foes or the local Fish Fry? Continue after the jump to find out.

Wendy’s, Arby’s, and Burger King all have nearly identical fish sandwich offerings consisting of the classic sauce-fish-lettuce combo. The major diversion comes from McDonald’s fillet-o-fish sandwich which has only a single piece of cheese atop the fried fish square—they’ve chalked up their fish to complete gimmick status years ago. 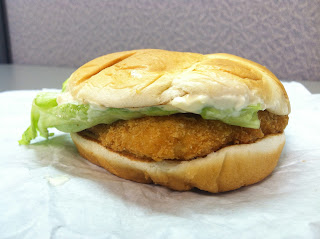 According to the Wendy’s website, their sandwich is 100% “hand-cut” cod fillet, coated with panko breading and topped with their new butter toasted buns. Although the exterior of the fish wasn’t as crispy as one should expect from panko breading, it did have a good firm texture and a slight crunch. The fish was also rather meaty, tender and fairly flakey. For once in my life I actually managed to receive a good solid piece of leaf lettuce from Wendy’s, which usually is ghostly white. The major downfall was the tartar sauce. The sauce basically just tasted like mayo, with a tiny bit of relish, rather than a tangy tartar sauce you would prefer. 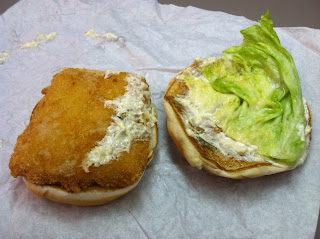 As I was eating my Wendy’s sandwich I couldn’t help but compare each aspect to the Arby’s sandwhich I encountered last month. Like I mentioned before, when your ingredient list is short, you have to make sure each is strong. One negative with the Arby’s sandwich was the slightly fried, greasy taste that the fish had, but the rest of the sandwich was fairly strong. The major drawback from Wendy’s is the lackluster tartar. Both missteps really held back the sandwich from being an outright winner. [Fun fact: Arby’s fish is Alaskan Pollock, while Wendy’s calls theirs North Pacific Cod, they’re different names for the same thing]

Arby’s and Wendy’s Fish sandwiches side by side:

Another thing that bugs me about fast food in general is the classic “ad versus reality” debate. Maybe fast food places should just consider using smaller buns if they don’t want to increase the size of the meat. Took a look at the promo pics above, look how much overhang the meat has, now look at the pictures of the fish sandwich in the wild, completely encompassed by the bun. But this discussion is for another day and another post. 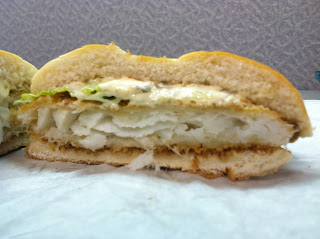 As for the final score, 3.0/5, avid readers may notice this is the same score I gave to the Arby’s sandwhich last month. If I found myself in a combination Arby’s and Wendy’s location, both sandwiches side by side, I’d order the Arby’s offering, but you can’t really go terribly wrong with both. 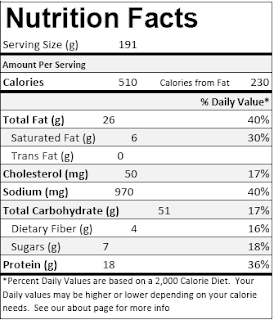