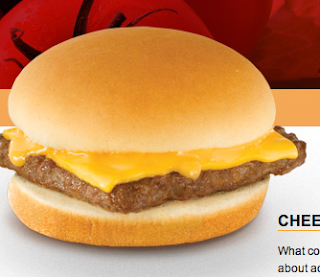 As I documented in the review for the Jr. Cheeseburger Deluxe. Wendy’s is doing their best to make their dollar menu somewhat relevant, but they seem to be failing miserably. I understand that things are a dollar, and they obviously aren’t going to be busting with beef, but Wendy’s has taken it too far with this joke of an offering. 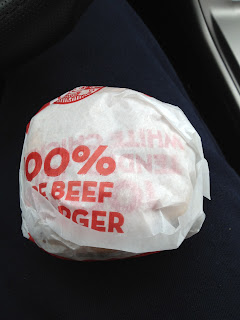 First of all, the Cheesy Cheddarburger, most likely has a 85% profit margin. We have the bun, the beefy patty which doesn’t have the amped up 25% bigger promise like the Jr. Deluxe “sports”, a slice of cheese, and then top it off with cheddar cheese sauce? Yes, nacho cheese goop is supposed to be the calling card here? I don’t really care, but if they put cotton candy on the burger and called it the Pink Rocket, I might be a little more excited. 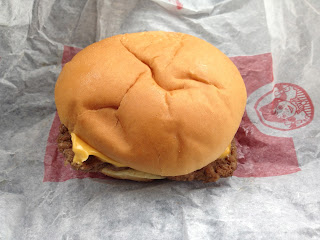 I didn’t think it was possible, but this one was even smaller than the Jr. Deluxe. I’m pretty sure an infant could fit this in the palm of their hand. I felt like I was in a Honey I Shrunk the Burger movie lifting it to my mouth. 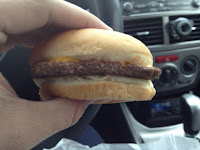 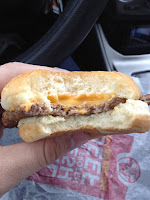 The photos above, almost make it look like a White Castle Shooter. I couldn’t believe this burger was actually on the adult menu compared to the kids menu. As you can see, this patty wouldn’t even satisfy a squirrel. Its thinness is only enhanced by its weight, that of three paper clips and a moth ball. 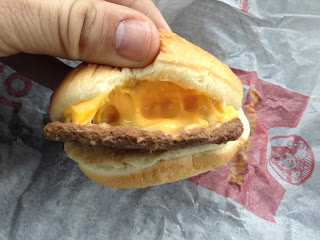 Biting in, I felt like I was in the ol’ high school cafeteria again. Adding nacho cheese to a burger sounds like something the likes of Helga and Petunia would do on Sloppy Joe Thursday whenever the mystery meat shipment didn’t come in on time. The sandwich had little taste, and lacked any substantial flavor. Sure the meat tasted alright, except there was hardly any there. The added a hint of flair, the addition of bacon would have actually made this worth mentioning. But then again, knowing Wendy’s the burger might spring to $2.50.
Another value burger failure, thanks to mismanaged meat, lack of creativity, and goopy gook. 1 star for this stink sandwich. I’d suggest the meaty, bold, and bountiful Taco Bell Beefy Crunch Burrito instead.
1/5
~Andrew
@atkpitt12
Cheesy Cheddarburger: 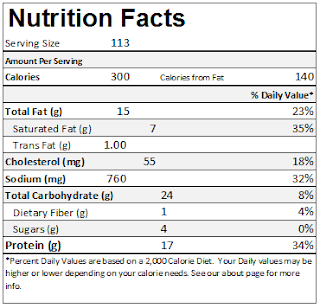