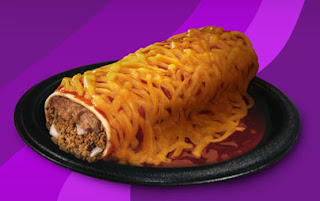 Taco bell has one of the most complex menus in all of Fast Food land. There are items upon items on seemingly endless panels. It is easy to find yourself lost and discouraged and begging the customers behind you in line to cut in front of you. One could easily eat at Taco Bell daily and get something they’ve never tried… or even knew existed. The Enchirito is one such menu item, lost in the shuffle, and buried deep down in the “specialties” section.

The Enchirito is not a new menu item; in fact it has a rather tumultuous history. For over the last ten years, however, it has been a mainstay. The enchirito is modeled after the enchilada concept fused with a “wet buritio” concept. It consists of a flour tortilla, stuffed with beef by default but chicken and steak is an option, beans and onions. Then, the roll is doused in warm “red” sauce and covered in shredded cheese.

The enchirito is one of the surprisingly few Taco Bell menu items that is consumed with knife and fork. Unfortunately, Taco Bell, in their incessant attempt at letting everyone know that their target market is the youth of America, only have sporks… no forks. I think we can all admit that Sporks aren’t good at being a spoon nor a fork, completely worthless, with its novelty having worn off some time ago. This was a pain to eat with knife and spork, I felt like an idiot jabbing at my enchirito with a sharp spoon and balancing the pieces as I scooped it into my mouth. 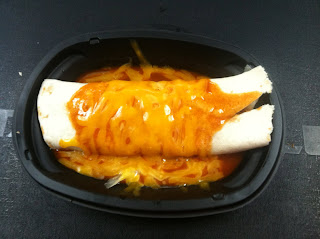 It was actually pretty tasty despite the logistical issues. The sauce was pretty good and piping hot, I actually saw steam bellowing from my plate. The onion to beef balance seemed to be just right, and it was actually pretty substantial. At my Taco Bell it was priced at 2.19. I feel like a 1.99 price would have been much more attractive, they should consider knocking .20 off the price and the value would go way up. 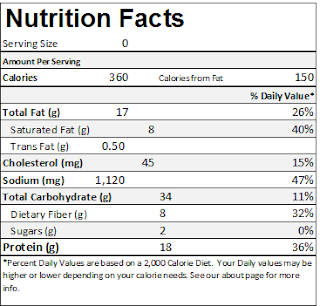