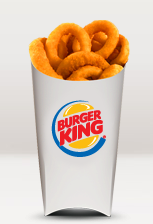 Burger King has rolled out new onion rings and decided to promote them during the super bowl weekend. As reported earlier, one could walk into any Burger King and demand a value sized order of the new o rings and walk out without having to unsheathe their wallet. I’m not one to shy away from free food offers, so I traveled to a BK and grabbed a sack of rings.

To be honest, BK has never had particularly good onion rings, it was just good enough that they had them as an option. Almost every time I went to a BK I ordered the rings instead of fries just to break the ‘burger and fries’ combo malaise that I experience at most other major fast food chains. 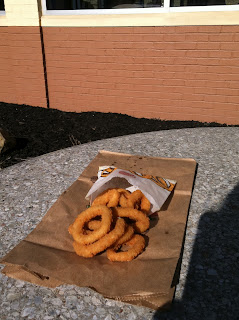 The new rings aren’t very different. In fact, I felt like I enjoyed them less than the old rings. Perhaps the fry crew mailed it in, but these new rings tasted greasy—I know this is fried fast food, but I typically expect the grease taste to subside by the time I get home. The breading was thick and almost completely masked the onion taste. I did manage to peal some of the breading off to confirm that there are in fact onions involved. 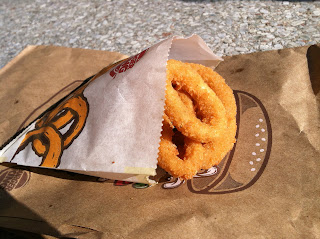 Unlike the recent string of “new and improved” menu items at fast food chains that aren’t named McDonalds, these rings are just “new.” The only thing that really makes the onion rings worthwhile is the zesty onion ring sauce, although you could just dip your fries in it.