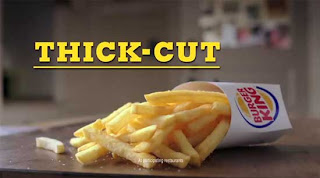 Its as common as the flu these days, Fast Food Philanthropists releasing/changing/ eliminating their menu items to keep up with the Jones. The business of fast food is cut throat. Its like living in that upscale neighborhood where you watch your neighbors roll out new Mercedes Benz and you’re stuck with 8 years of paying off your Chrysler Minivan. If you’re not releasing something new, and delicious, you’re probably that restaurant people are forced to stop at because Mom’s bladder is about to burst, and Oscar the family dog has already made the minivan his personal rest stop. Every passer by knows your bathrooms are probably a war zone, and the grease in the deep fryer hasn’t been changed since the Teapot Dome Scandal. Lately, it seems as though these establishments are Burger Kings. I cant remember the last nice, clean, upscale BK I have been to in atleast 12 years. Wendys and Mcdonald’s are overhauling most of their operations and the results are starting to show. 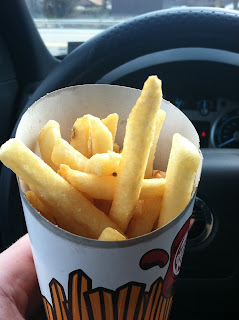 In what hopefully is a first attempt to turn around their sagging franchise, BK has just released its NEW, Thicker Fries. So I swung by the dry cleaner, picked up my eating pants, and meandered on down to the local Burger Castle to visit with the King. 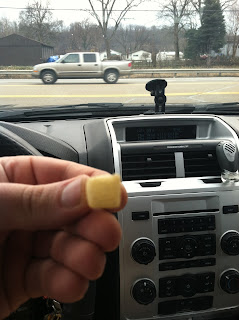 At first glance, these fries are obviously thicker (thank god). I did some size comparisons with my chapstick. Had a little glamour shoot, and finally got in my chow zone. After the first few fries, I already liked them better than the old ones. A very crispy outside, but fluffy center. They were saltier than the 376 in January, but they had good flavor, a definite up grade over its predecessor. They were like an improved version of Wendy’s old fries (which were my favorite..).

Ill fry anything once,
-Steve
@SJLoomis