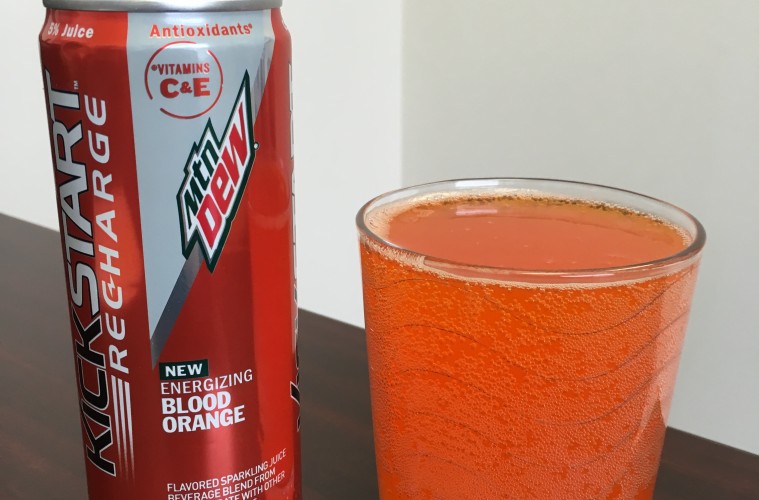 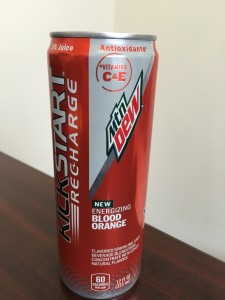 For years the energy drink has been the primes spot for the trend setting, non alcoholic beverage world.  Mountain Dew soda pop is pretty much an energy drink itself based on its caffeine content alone.  But that hasn’t stopped them from having a pure energy drink with its Amp line and for the last couple years an ever burgeoning hybrid energy drink line with Kickstart.  With sparkling fruit juice, caffeine, and “just the right amount of kick” Kickstart combines the best elements of a regular soda (taste) and an energy drink (energy). 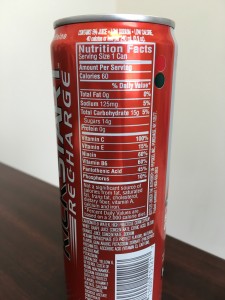 Kickstart started off with it’s standard line, expanded to a Hydrating Boost line with coconut water, and now has another tier called Recharge which has antioxidants as well as Vitamin C&E.  I’m honestly not quite sure how much this is supposed to revitalize your life, but it’s worth noting that 100% of your Vitamin C can’t hurt really.  Today we’re taking a look at the new Blood Orange Flavor of the Mtn Dew Kick Start Recharge.

Mtn Dew Kickstart does everything it can to make itself attractive to a wide audience.  Coming in at 60 calories with 14 grams of sugar, Kickstart doesn’t come close to being a 0 calorie beverage but is also far better than a typical 160+ calorie regular soda or energy drink.  One of the best elements of it has to be the taste.  The standard energy drink ends up tasting like concentrated tar by the bottom of the can, due to the wild amounts of sugar, caffeine, guarana, and taurine tossed into the carbonated water.  The Kickstarter line takes a more streamlined approach with the flavors resembling much more like a typical juicy soda.  It’s easy to drink, filled with carbonation, but doesn’t have any bitter essence at all. 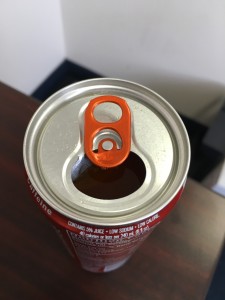 While there is already an Orange flavor in the standard line of Kickstart, the Blood Orange flavor makes its debut in the Recharge line. While I haven’t seen a ton of coverage specifically for Recharge, the revitalizing effects are most likely aimed at those attempting to recover from a wild, boisterous night.  Pouring in a juice glass, you can’t help but note the dark, brooding color of “red orange”.  While it’s easy to determine this color was genetically engineered, the fact that “Blood Orange Concentrate” makes its way into the ingredients list, has to aid in some part.  I’m not quite sure I’ve ever seen a blood orange in the local grocer, but after doing some research it looks like a standard orange mated with a grapefruit.  Such exotic flavors rarely find themselves into a nationwide product, but it’s a welcome site. 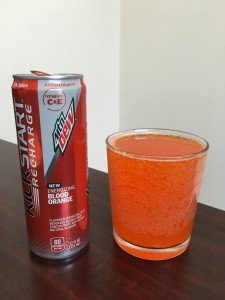 The Blood Orange Recharge tastes very solid.  Tasting like an amplified orange soda with a little bit of bite, it’s very welcoming to most any pallet.  The post completion buzz is noticeable, although not extreme.  The lasting effects of the vitamins aren’t especially noticeable and never really are.  I’m still trying to figure out what an antioxidant does but it sure sounds fun.  Kickstart is the beginner’s energy drink, not pushing any limits, but still providing enough of a boost for it to matter.  Kickstart can be found most anywhere, usually starting at $1 per can.