Columbus, Ohio is the Fast Food Utopia of the World [Report] 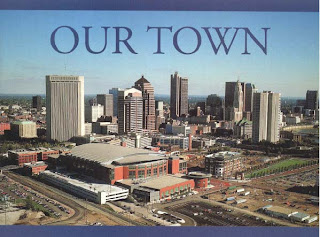 According to a Yahoo-Finance article that ran last Friday, it appears that fast food companies across America use Columbus, Ohio as their stomping grounds for market testing.  Based on many favorable factors including income, unemployment rates, and demographics, fast food eateries consider Columbus to be the definition of “Middle America”.  With open minds, college kids, and major interstates trolling the area, Columbus is seen by many as the land of opportunity.  So much so that many restaurants including White Castle, Robert Evan’s Farms, and Wendy’s all house their corporate offices in the Columbus region. 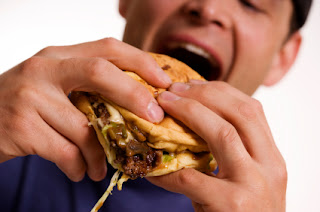 Gotta love the thought process fast food companies use to figure out the best place to market test their gimmick offerings.  Find the area of the country where there are the most college kids (drunks willing to blow money on cheap, greasy food), people who have expendable income (extra money that people have that they typically wouldn’t blow on empty calories), and citizens who don’t have refined pallets (this one explains itself), and then exploit them to the fullest degree,  by offering loads of test items that may never see the light of day. Columbus sounds like Fast Food Geek’s own personal heaven.  Where the fries run free, the burgers are bountiful, and there are gimmicks galore.
We hope everyone enjoyed their weekend, and have been enjoying all of our offerings.  Remember to check out all of our reviews before you make your all important daily lunch decision.  We’re acting as your lowly servants, your guinea pigs if you will.  We’ll take on the indigestion and multiple trips to the bathroom so you don’t have to.  Be sure to check out our take on Wendy’s new breakfast offerings, and keep your eyes peeled for this week’s reviews including the KFC Famous Bacon Bowl, Arby’s Super Reuben, and more!
~Fast Food Geek
@fastfoodgeek