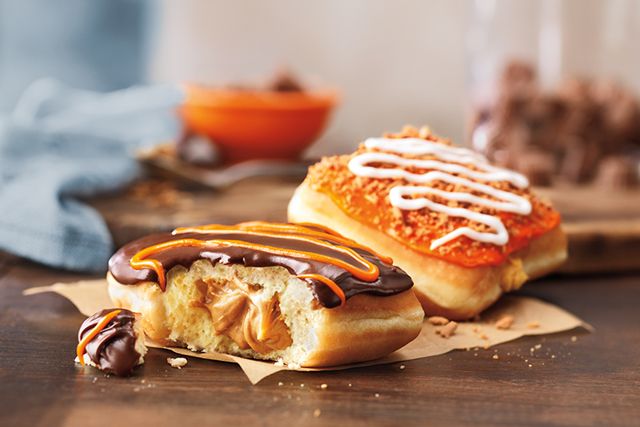 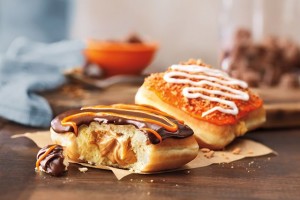 Although most people will be foaming at the mouth for Pumpkin Spice everything soon, on Monday August 31st, a brand new peanut butter infused donut has caught my eye.  Dunkin will be serving the Reeses Peanut Butter Square starting this Monday, alongside of their fall pumpkin classics.

The Reeses themed donut is a square shaped donut, loaded withe peanut butter and topped with chocolate icing and an orange icing drizzle.  A Pumpkin Cheesecake square is also debuting alongside.  Stuffed with pumpkin cheesecake filling, topped with orange icing and graham, this fall inspired donut will fit in perfectly alongside all of the pumpkin spice beverages hitting Dunkin on Monday as well. This of course includes Pumpkin coffees, lattes, and Coolatas, as well as pumpkin donuts, Munchkins, and muffins.

Dunkin has really been aggressively expanding their stuffed square shaped donut concept.  They have also been following on to the latest co-branding train that Taco Bell has been riding hard in recent years.  The Reeses Peanut Butter Square follows on the heels of the recent Oreo Cheesecake Square Donut, and the more rounded Chips Ahoy! Crunch donut. 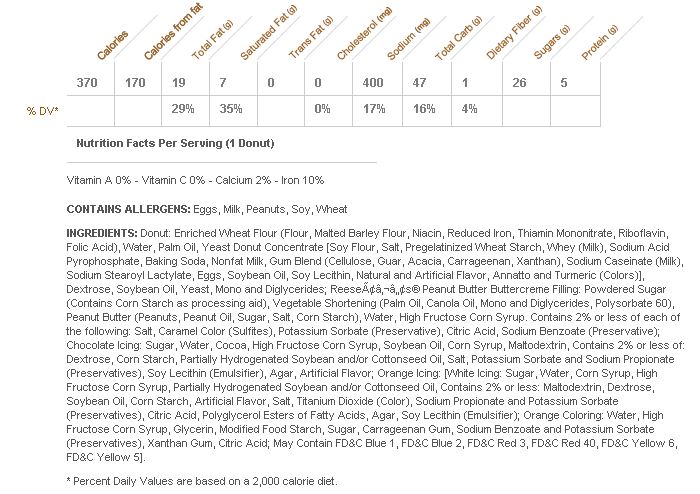