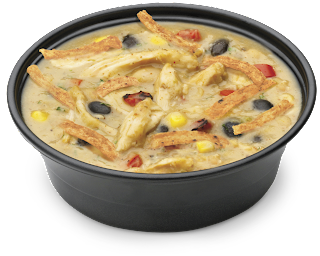 Its a shame that Chick- Fil-A isn’t all over the US. Its a very solid franchise, with quality food, and some of the nicest employees you will find at any drive thru. They are always in a good mood, and eager to serve your hunger needs. I have always wondered why they only go as far north as Erie PA, and do not stretch to the West coast. This is exceptional fast food that everyone should be privileged to. 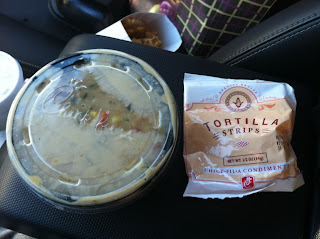 Chick-Fil-A’s newest release is the Chicken Tortilla Soup. It has only been out a week or so, and since I worship most anything that religious chicken conglomerate produces, I ate that stuff up like a Sunday Sermon. 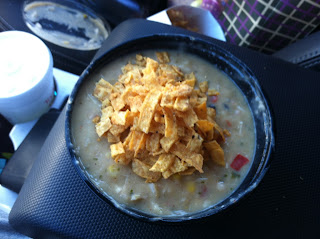 Mission accomplished. I knocked another one off my bucket list… eating soup in the car. I saddled up for this southwestern soup and devoured that thing like Max Starks at Nakama. The soup overall was pretty good, spicy, and the tortilla strips gave it a nice crunchy texture. A few things I would have changed would have been to call it a chowder. It was thicker, and creamier than a soup, and I feel like something about the fatty, creamy, deliciousness of a chowder would draw in the over weight masses of America. Lastly, with what seems to be a common trend in today’s society, the lack of the primary ingredient in a meal. There was barely any chicken in my bowl. I can deal with it because the soup was flavorful, but don’t call it a chicken tortilla soup and give me beans on beans on beans.