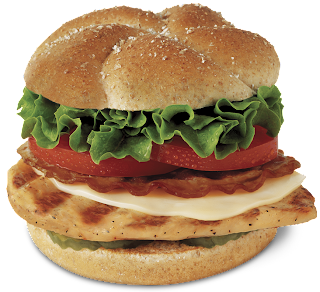 Last, but certainly not least, I’d like to hit on shining beacon of light, in the dark deserted dungeon of grilled chicken sandwiches: Chick-Fil-A’s Chargrilled Chicken Club. While bending the rules a tiny bit, we got the sandwich loaded with all the fixens. But still only weighing in with 410 calories and 12 grams of fat, it still fit the highly constrictive and prestigious Light Sizer requirements.

Saddled up with fresh cut, crisp lettuce, juicy, vine ripened tomatoes, pickles so tart it will bend your knees, bacon that was smoked by apple’s wood, and provoloner cheese, the toppings on this sandwich clearly outclass any other offering. And you can’t forget one of the most underrated sauces of our age, the “Chic-Fil-A” Sauce, a Honey Roasted BBQ delight. With enough taste to paralyze a puma, and enough zest to unbuckle your belt, this sandwich redefines the grilled era as we know it.
Despite hating homosexuals and not being on Sunday’s (scientific evidence shows Chick-Fil-A cravings are highest on the Lord’s day), Chick-Fil-A knows their way around a clucker. With grill marks that actually seem to be authentic, rather than sketched on during field testing, and a tender juicy texture, this piece of poultry piles on the pallet.
This sandwich is the clear cut winner of the grill off. Combining the mass amounts of flavor traditionally provided by a fried offering with the guiltless statistics of a grilled one, Fast Food Geek crowns Chick-Fil-A’s Chargrilled Chicken Club the unofficial official champion of grilled chicken sandwiches with 3.5 stars! Race out and get one, but remember, keep holy the Sabbath!
Chick-Fil-A Chargrilled Chicken Club: 3.5/5
~Andrew
@atkpitt12
Chic-Fil-A Chargrilled Chicken Club: 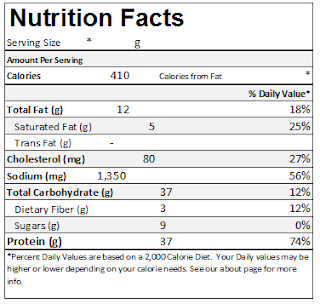