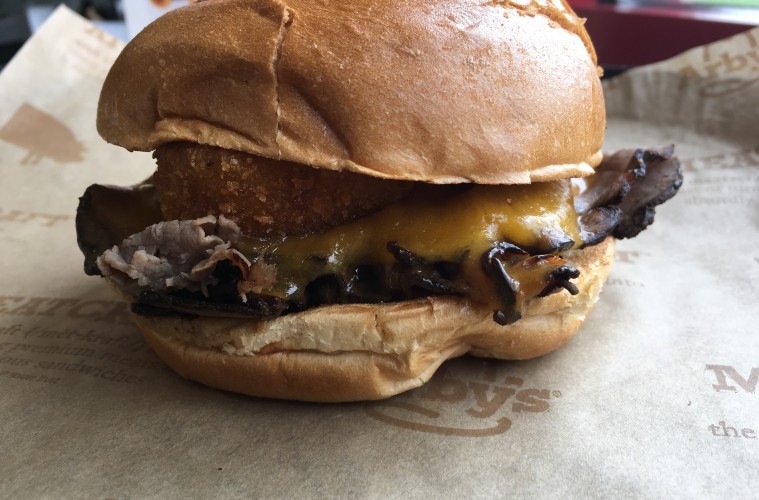 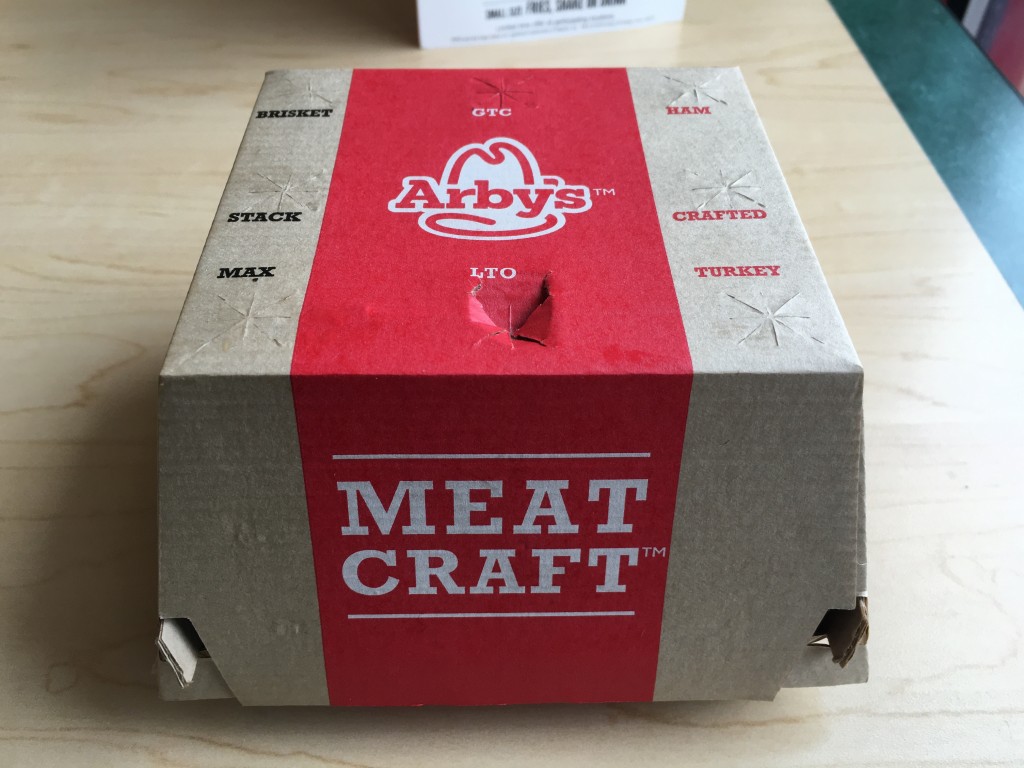 Arby’s ultra premium fast casual transformation is in line with the major industry trend in recent years.   Everyone from Wendy’s to McDonald’s are tripping over each other to follow suit. The food quality is indeed better but the prices sure are higher. For me, no matter how much the sandwiches cost, I’m still just sitting in an Arby’s, on my lunch break, alone and taking pictures while onlookers gawk. Last month we tried out the Spicy Jalapeño Brisket sandwich and I loved it, so when this A.1. Special Reserve Steak Sandwich was unveiled with deli cut Angus Steak we were all eager to test it out. 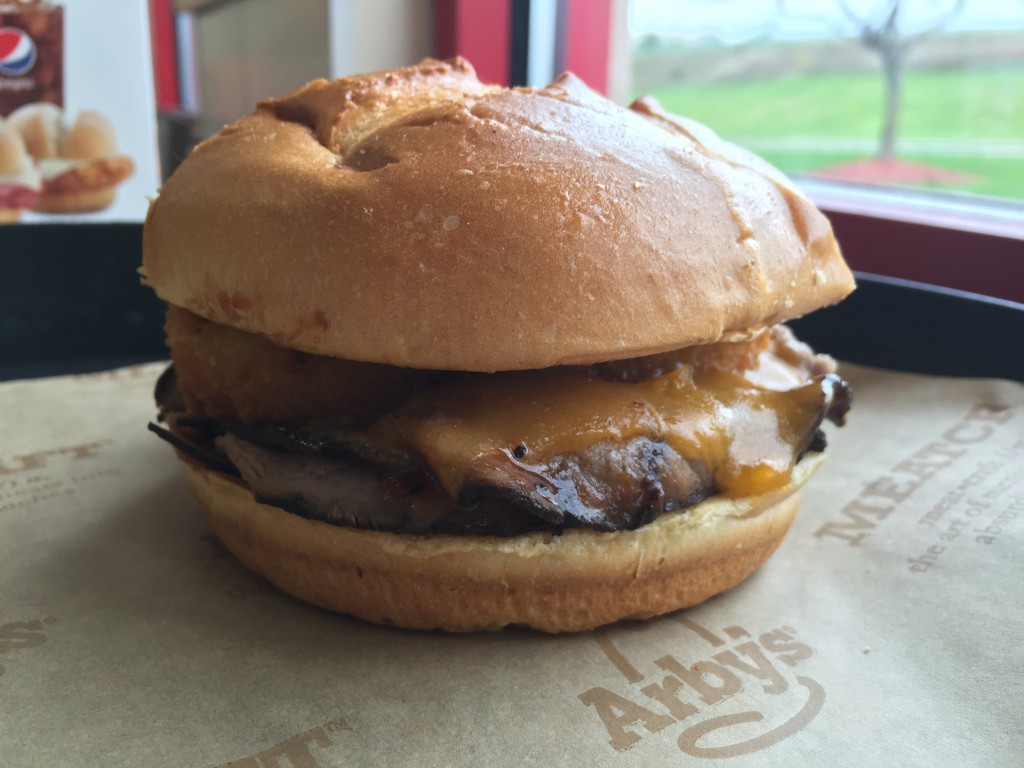 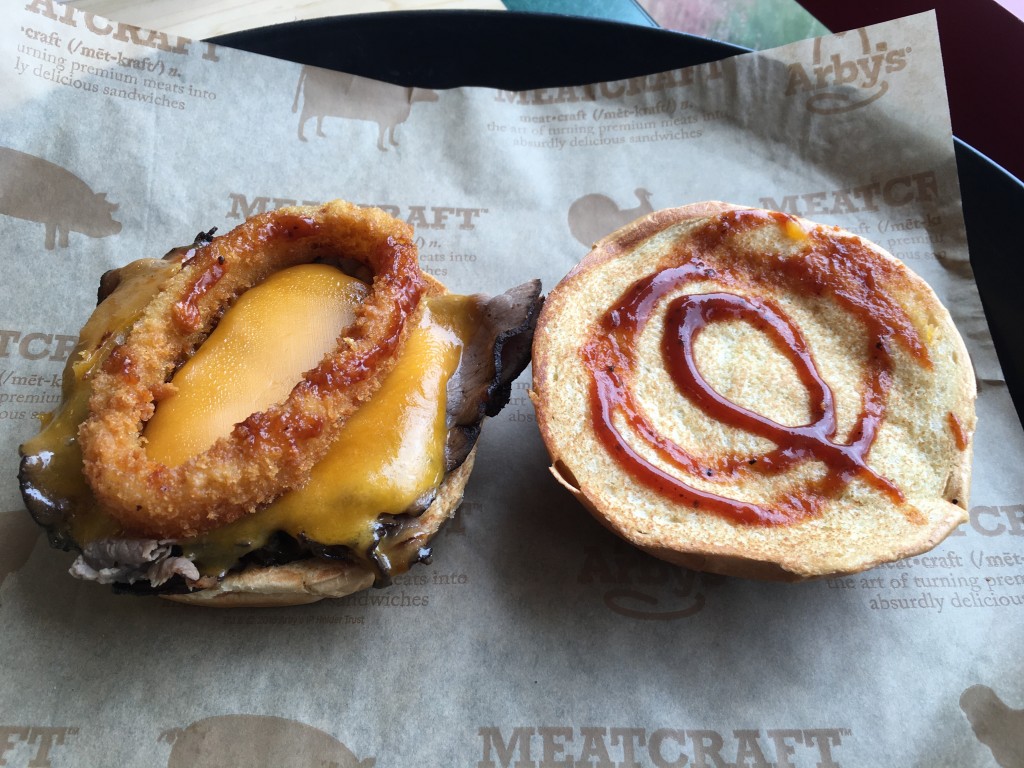 From the promo photos, one would think that this sandwich would be piled high and stuffed to the brim with meat.  Arby’s even boasts in their recent advertisements that “We have the meats”, but I’m thinking that when it comes to this sandwich that phrase is referencing the quality and not the quantity.

My sandwich came with an abysmal amount of steak.  It was deflating, wimpy, and made me think that a mistake was made.  How could a sandwich that is priced at a staggering $5.29 come with a piddling two-three slices of angus? Arby’s sells sandwiches for half this price, with just their typical roast beef with probably double the weight in meat.

Despite the underwhelming feel of value, I gave this sandwich a fair shake to see if the taste could win me over.  I was delighted to find that the steak, did in fact taste glorious.  You could tell it was quality angus and it was only exemplified by the sweet, smoky, and tangy A.1. Reserve Sauce.  The reserve sauce, which seems to have a more light and BBQ like flavor than the typical A.1. steak sauce, lives up to the branding and is the perfect compliment to this sliced variety of steak.

The thick cut Steakhouse onion ring I had was large and battered to the brim.  Encompassing the entire circumference of the sandwich, it created a great foil in texture.  The crunchy, batter fried onion ring didn’t limp out from the sauce brigade throughout the eating process, and provided a decent amount of crunch.  The cheese slice, was indeed melted on top of the meat, which is a rare feat for fast food and fast casual alike.

This sandwich truly had a lot going for it, with every ingredient serving its intended purpose. The flavor was first class all the way, with the angus steak clearly rising above the standard roast beef in flavor and thickness. The one true weakness was the quantity of meat.  It was a glaring issue and I really wonder if my sandwich got skimped on or whether it’s truly supposed to be this light.  The under 500 calorie really has me wondering if the latter is true. The flavor is so good here, that I might have to drop another 5 spot to see what happens.