Back in October, Wendy’s unveiled that 2013 was going to be another big year for changes.  While over the last few years, Wendy’s has morphed many of their staple products, it’s now time for the restaurants image to change, literally.  The Wendy’s logo, packaging, employee uniforms, restaurant facades and interiors are all facing major overhauls. 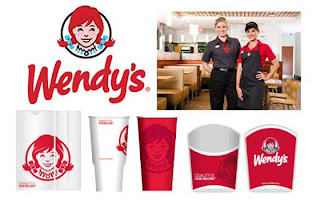 As you can see from the photo, the Wendy’s logo has gone retro modern on us.  Wendy’s head is now a major contributor while the slanted Wendy’s font form has crossed over to a smooth and simplistic look taking the place of the rigid and squared off font of yesteryear.  Gone now is the “Old Fashioned Hamburgers” mantra, replaced with well nothing, because Wendy’s is clearly trying to relay to the public that they are more than just Dave’s burgers at this point. 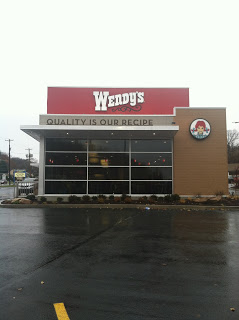 This year will bring many changes with packaging and logos changing this week and employees getting done up with new uniforms in June.  Remodeling of stores is already underway with about 75 being completed by 2012 with about half of the stores in America being done up by 2015.  A year ago, Steve went to one of the local remodeled Wendy’s and loved it. Nothing beats fireplaces and Coke Freestyle machines.
So get ready for some new and exciting looks to Wendy’s this upcoming year and yes, we’re all waiting and hoping for some new and exciting food as well!
~Fast Food Geek