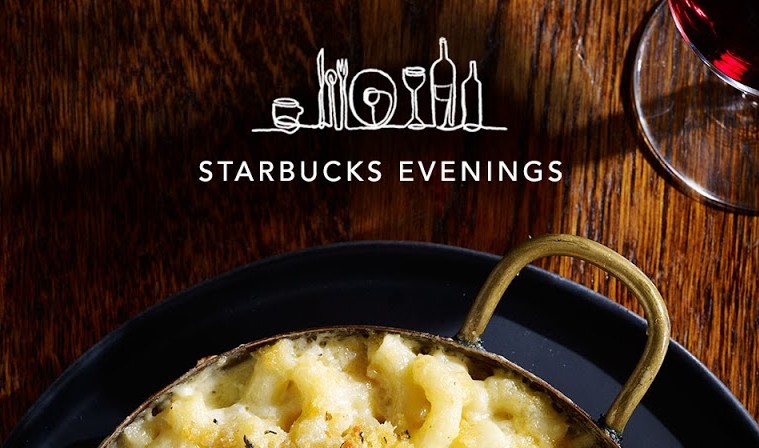 Starbucks, the extremely popular coffee house, which provides fuel for millions daily who would rather be asleep than at work, is now testing out a new concept in a couple locations in New York. Starbucks Evenings centers around the fact that your life is hard and you deserve to unwind after work with an adult beverage and finger foods. 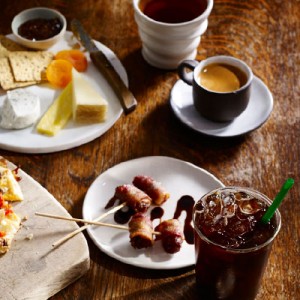 Currently only in a Brooklyn store and the West 34th Street Macy’s store location, Starbucks Evenings start after 4 PM and go until close, which ranges from 9 to 10 PM depending on the day of the week.  Offering what is described as a “thoughtful” selection of red, white, and sparkling wines and a rotating selection of craft beer, attendees can also order their traditional coffee and tea favorites.

Food selections provide what appears to be a decent range of appetizers, including a Truffle Mac and Cheese, various flat breads, Meatballs in a Tomato Basil sauce, and even artisanal popcorn.  We’ve yet to find out if this idea will catch on, but from what the New York Post said, this idea might be a non starter.