It has become more and more clear that Pizza Hut has ran out of ideas.  After a few months of stuffing anything they could find into a box and pricing them randomly, they’ve now reverted to a recycled gimmick.  The creative team is mailing it in more than the Pittsburgh Penguins defense corps.  But just because it’s been used before, doesn’t mean that it isn’t a worthy gimmick.  Remember that Wendy’s did this teeter totter game with their Spicy Chicken Sandwich before eventually bringing it back full time. 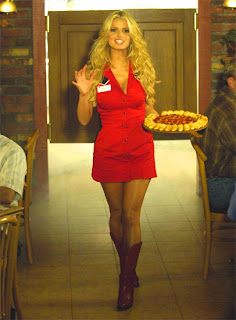 The Cheesy Bites Pizza tries to give the customer the biggest bang for buck by creating an entity that encapsulates both pizza and appetizer. One wouldn’t need to reach for those bread sticks if their crust was made out of cheese bites right?  Well for $11.99 you and the rest of your crew can get a one tipping pizza surrounded by a perimeter defense of cheese stuffed dough!