Next up is Wendy’s Ultimate Chicken Grill. With Wendy’s Spicy Chicken filet making the rounds as the de facto fast food chicken sandwich frontrunner, its hard to believe just how misshapen , mismanaged, and downright abysmal their grilled offering can be. Having forced myself to eat plenty of their grilled options during ill fated diets and health kicks, my forehead vein twinges and I begin to perspire from all available pores at even the notion of ingesting this groggy gargoyle of a sandwich.

As evidence from the photograph above, something healthy and nutritious, should not also make part of its wrapper transparent. How is something grilled also capable of paving a three mile stretch of interstate highway? Coming loaded with the normal mish mash of lettuce and tomato, Wendy’s decides to take a detour from the traditional belt buster mayonnaise, and infuses this filet with honey mustard. While still one of the sauces thats not really a sauce (if you can get it with nuggets on a normal basis, its not so special), it definitely comes in with higher regard than mayo in my opinion.

Words can’t describe how unappetizing this stewed prune of a sandwich appears. The dark area, staring you in the face is an indisputable fast food fail. Dry and flakier than the asbestos in your old high school and most likely as dangerous, it appeared as though an abundance of seasoning migrated to one area and decided to set up shop. I’d love to see a food model try to make this tainted turd the least bit presentable.

Wendy’s Ultimate grill is truly an enigma. With puddles of sauce, drowning that poor piece of lettuce you would think this sandwich would encompass that “juicy” ideal that Dave and his overweight offspring have touted for years. But in a strange twist, the sandwich still comes tasting like a drywall cardboard manifestation. Not only is this sandwich smushed more than a Jersey Shore hooker, it also lacks any discernible asset, other than the fact than it is seemingly healthier than any other sandwich option at Wendy’s. But, I’d rather get diabetes than eat this “ultimate” flop.

Containing 390 calories and 10 grams of fat, mostly due to the butter toasted bun, I’ll ingest my own trousers before taking on this sandwich again. 1/2 star for Wendy’s Ultimate Chicken Grill. 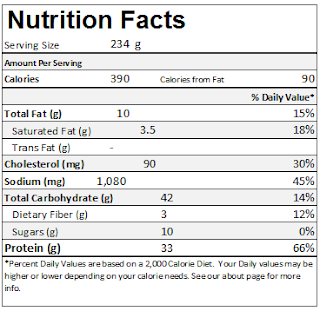