As we all know, Valentine’s Day is one of the biggest holiday’s in America.  Depending on whether you have a significant other, it could be one of your favorites or one of those days you wish would just end.  I happen to be in the former’s case and very happily attempted to make good ol’ St. Valentine’s day a special event, Fast Food Geek style.  What better way to ring in a romantic evening than by getting a pizza in the shape of a heart?  That was the plan for Papa John’s as they rolled out their yearly classic thin crust heart shaped pizza pie.

Let’s start out by saying that the heart shaped pizza is certainly not a secret.  The local Father Jonathon’s was packed beyond belief and was sporting a 40 minute wait for take out.  Walking into the establishment the three man crew was getting pounded with orders and the owner wasn’t really handling the stress too well, screaming commands to the other employees with a dictatorship like flair.  After being handed my pie, I made a quick getaway before tensions boiled over and pepperoni tubes starting flying.

After presenting the pizza as a surprise to my girlfriend, Kristy, it was time to open the lid on this bad boy.  The picture above represents what is characterized by some as a heart, but this one appeared to be lackluster at best.  Judging from the ad photo, the heart shape was never supposed to be too profound, but to me it  just looked like someone cut out a chunk of the crust on top and called it a night.  Another thing that’s hard not to notice is the fact that the pizza isn’t cut into slices.  I’m sure there would be some oddly shaped slices and the “heart” shape would have been altered, but a do it yourself cut job is never warranted.

Another disappointing no show was the lack of Papa John’s famed garlic dipping sauce.  During my long wait in the pizza shop, I heard on more than one occasion an employee reassuring customers that every pizza came with the sauce.  A little too trusting and a little too naive, I neglected to inspect my box until it was too late.  No garlic sauce to be had.  In its place was some sort of “Special Seasoning” packet.  The packet contained garlic, salt, among other things, but shouldn’t they be topping the pizza with this already? Along with the cutting, this was another unnecessary step to be completed.

After busting out a butchers knife and carving through the surprisingly coarse crust, I managed to create something that looked like a traditional slice.  This thin crust is ridiculously light in nature and really doesn’t feel like much of anything.  But that’s why it’s called thin right?

As you can see from the cross section above, the pizza is razor thin, which depending on your tastes isn’t necessarily a bad thing.  Depending on my mood, I can appreciate most any pizza, and this thin crust really brought the flavor. Crispy, crunchy, light, and flavorful I was pleasantly surprised with it. Papa John’s has a very respectable sauce/cheese makeup and the pepperoni’s were fresher than your grandma’s cookies.

I wish we had got the garlic sauce, as the garlic powder just didn’t live up to it’s liquified half sister.  Regardless, the thin crust style pizza was pretty legit and the heart shape added a nice borderline romantic benevolence.  The Papa John’s Heart Shaped Pizza gets a solid 3/5 from me. 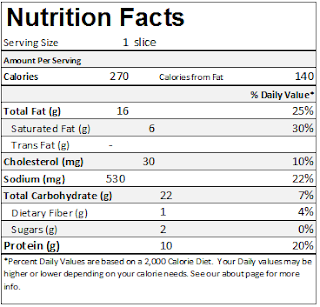