Fast Food GeekMarch 2, 2012
FishFood ReviewsMcDonald's21 Comments
Here at Fast Food Geek, we’ve been making our way through the major fish offerings.  This week we take on the McDonald’s Filet-O-Fish sandwich, which has become a cult legend.  This sandwich knows no borders; a quick search on McDonald’s websites from around the world and you will find that the Filet-O-Fish has practically washed up on every menu.  Italy, UK, Australia, even France (who have not one but three varieties) all have the Filet-O-Fish.  There must be something about this sandwich; some mythical properties… read more to find out. 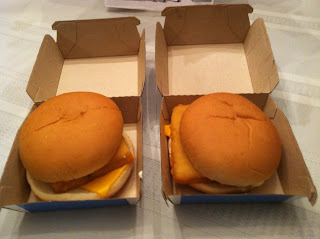 The Filet-O-Fish is the oddball in the fast food world—swapping out the lettuce and adding a slice of good ol’ American cheese.  No vegetables, just greasy meat cheese; I’m beginning to see why this may be an international craze.  The Filet-O-Fish made a bit of a surge in recent years thanks to the super catchy, very annoying commercial with the singing fish—which is refuse to embed here… we’ve all seen it enough.
I drove to my local McDonald’s to pick one up and give it a go.  McDonald’s advertises the two for $4 deal, but what if you want one?  Too bad.  It basically costs $4 for one; I was forced to give in.  What is worse is that the combo costs 6.89 at my McDonalds, almost $7, these sandwiches had better be good. 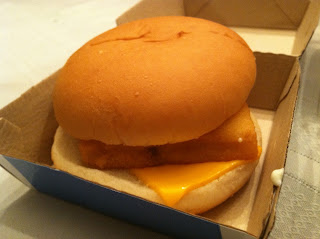 The sandwiches are very small; the filets could only be smaller if they had been cut from Angelina Jolie’s bicep.  My first thought was that I couldn’t even really tell I was eating fish, the texture was similar to fish, but it didn’t really resemble a fish taste at all.  For people that hate fish, I guess this could be a good thing, but if I get a fish sandwich I want to know about it. The breading was also not crispy at all.
The bun’s are also very overwhelming, fully encapsulating the filet and masking it further.  Then you take the standard fast food dousing of condiments and you’re basically just eating a bun filled with tartar sauce.  It makes sense that McDonald’s opted to add a slice of cheese because it actually kind of gave the fish a little bit of a boost.  Once you get past the tartar you kind of get a good creamy taste from the cheese. 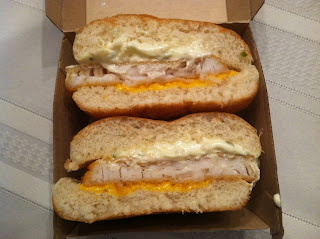 The pricing scheme makes you think you’re getting a good deal, but I feel like even with both sandwiches you’re still getting less actual fish than a single fish sandwich from Arby’s or Wendy’s.  You’re basically getting an extra order of bun on the side.
Another thing that throws the bargin concept entirely out of the window is the fact that Arby’s has matched this offer with an identical one.  I did a little calculation to determine which is the better deal based on the nutritional info on their websites.  From a weight standpoint, the McDonald’s Filet-O-Fish weighs 142 g (284g for two) while the Arby’s weighs 222 g (444 for two).  You are essentially getting three Filet-O-Fish sandwiches when you order two Arby’s Fish Sandwiches.

For those who are curious, McDonald’s Filet-O-Fish is mostly hoki fish, but the fish used rotates to prevent over fishing of a single species. I’m left truly baffled as to why these sandwiches have made such a splash on McDonald’s menu’s around the world. 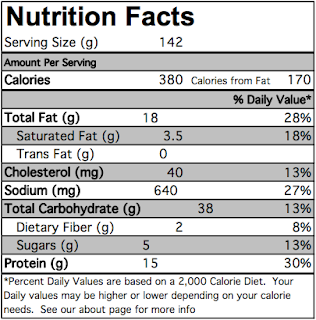