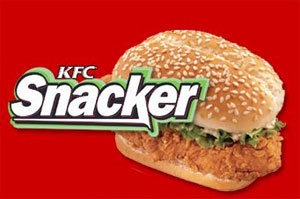 Continuing our interstate tour of the best and worst fast food value menu staples, I rambled into the Colonel’s lair for his seemingly bite sized snacker.  A proud staple of the menu after a gimmick run years ago, the Snacker has spawned many different varieties based on in its all too simple premise of double battered chicken strip, lettuce, and Colonel’s Sig sauce, smothered around a sesame seed bun. 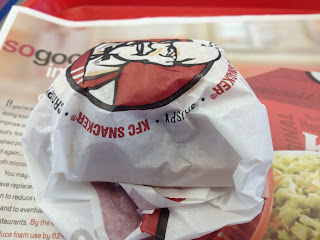 With buffalo, cheddar, honey bbq, and fish varieties (yes KFC has fish), I decided that it was best to go with the og as a barometer for the rest of the bunch.  While it seems like it could be hard to screw this up, my local KFC was up to the task. 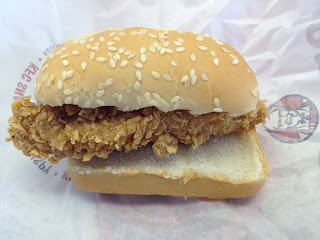 First thing that’s easy to notice is the complete and utter disregard for lettuce.  Just a completely forgotten about ingredient. 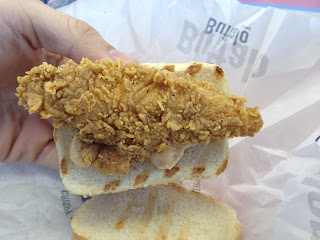 The awkward and puny shaped strip of chicken was carelessly tossed on, with the delicate nature of a monkey tossing feces around.  Fake grill marks on the bun were a nice touch, but it really felt like they were painted on before filming.  The famous Colonel’s sauce was spattered on there, but there really wasn’t a satisfying amount applied. 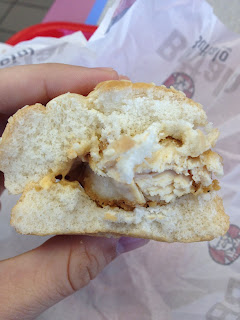 Biting in, I was convinced the meat product nestled in the sponge like bun was 85% batter and 15% chicken. I’m pretty sure this thing was battered more than twice before it made its way on my platter.  The sesame seed bone was very airy and tasted like it was in the freezer and just defrosted.  What a letdown, I’m typically a bread man, but this bun was a bummer.
I really think this sandwich would have magical possibilities if they lost the bun and put it on a biscuit.  Would save KFC the step of having to product this crappy sesame mash up anyway and just go with a bread product they use already.  Plus those biscuits are a revelation.
Another value menu meltdown, gives this quadruple battered and breaded bite sizer a 1.5/5.
KFC Snacker: 1.5/5
~Andrew
@atkpitt12
KFC Snacker: 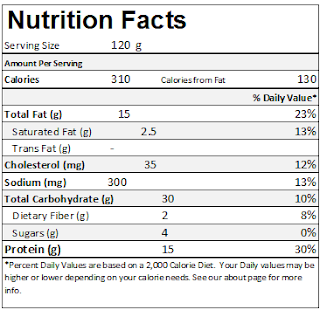