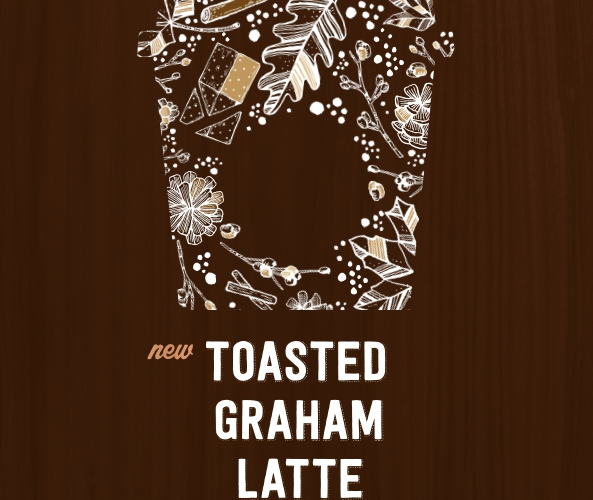 Starbucks Toasted Graham Latte has a tough act to follow.  The Pumpkin Spice latte is iconic at this point, often referred to only by its acronym: PSL.  Each year fans eagerly close the book on summer and begin ferociously googling for the release date of the PSL.  Its so popular that you can find a similar beverage at just about any coffeeshop and homemade recipes, like ours, on numerous sites.  This year Starbucks has attempted to capture the hearths of fall lovers with a drink they hope you can only get from them. 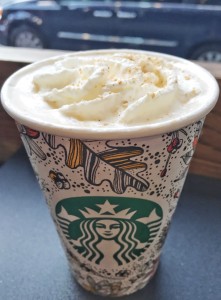 There seems to be a bit of backlash at “pumpkin-spice-everything”s these days.  This drink is meant to appease those of us that are sick of pumpkin spice, but still want to be festive.  You can count me out of this group, I’m ready for pumpkin spice toothpaste–not a bad idea, right?

Starbucks Toasted Graham latte is trying to capture the same fall senses to make this drink crave-able when the sweaters come out.  Since this is their first new fall drink in four years, its clear a considerable amount of research and probably way too much science have gone in to this thing to really hone in on triggering an emotion response.

When I tried this drink I was really underwhelmed by the flavor.  I really just tasted a lot of creaminess and a lot of sweetness.  This is strange since the very short marketing blurb on the Starbucks website says:

Graham and sweet cream meet steamed milk and our signature espresso, then are finished off with a sprinkling of cinnamon graham crumbles for a less sweet perfect treat.

I definitely did not get less sweet, but I did get less flavor for sure.  The barista asked if I would like whipped cream and I said yes because I try to get everything “as is” for reviews.  This probably added to the overwhelming sweetness and the complete creaminess.  I barely even really tasted much coffee. 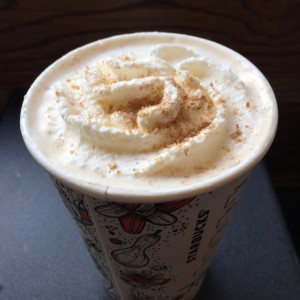 It was topped with some graham cracker crumbs but this really only makes its look nice, and doesn’t add texture or flavor.  I actually considered that perhaps the barista made it wrong due to the lack of taste.  To be honest, its been years since I’ve had a pumpkin spice latte, but I’m pretty sure the pumpkin flavor is overly pronounced.

I consider the toasted graham latte to be a sophomore slump and would much rather stick with the PSL.  On top of this drink not really doing it for me from a flavor perspective, its pretty bad from a nutritional perspective with 31g of Sugar. 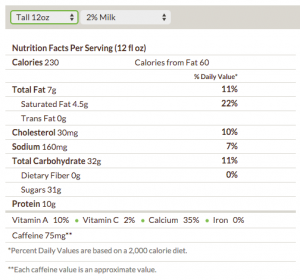